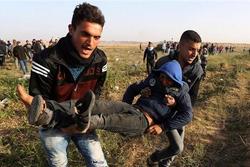 The health ministry of the besieged Gaza Strip says the West Bank-based Palestinian Authority (PA) has not sent medical supplies to the impoverished enclave since the beginning of the current year.

RNA - On Monday, the ministry’s senior health official Munir al-Barsh announced the news and warned that the health situation in the blockaded sliver, as a result, had become extremely difficult since January.

The official also said that 23 percent of medical consumables are also out of stock.

Barsh further warned that such situation would negatively affect the basic services provided by the ministry for various patients, including those who suffer from cancer, blood diseases and heart problems.

The Palestinian leadership has been divided between Fatah Party, led by President Mahmoud Abbas, who also leads the PA, and the Palestinian resistance movement of Hamas, which has ruled over the Gaza Strip since 2006, when the latter scored a landslide victory in parliamentary elections in the enclave.

The two sides have grown a heated rivalry for the past 12 years and previous reconciliation attempts by the two to form a power-sharing unity government in Gaza and the West Bank have failed.

The PA has been accused of exerting indirect pressure on Hamas to relinquish control of the enclave by cutting the salaries, which would shrink tax revenue in Gaza, and by reducing electricity payments to the enclave.

Furthermore, the PA itself is facing steep aid cuts. US President Donald Trump's administration has slashed hundreds of millions of dollars to humanitarian organizations, including $360 million it used to give to the United Nations Relief and Works Agency for Palestine Refugees in the Near East (UNRWA), in a bid to pressure the Palestinians to re-enter so-called peace talks with Israel that collapsed in 2014.

The Gaza Strip has been under an Israeli siege since June 2007. The blockade has caused a decline in living standards as well as unprecedented unemployment and poverty there.

Israel has also launched several wars on the Palestinian sliver, the last of which began in early July 2014. The last Israeli military aggression, which ended on August 26, 2014, killed nearly 2,200 Palestinians. Over 11,100 others were also wounded in the war.