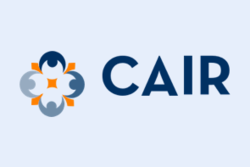 An American advocacy group warned of increasing Islamophobia, calling President Donald Trump "an Islamophobe" who "has normalized hate speech" in the US.

RNA - The Council on American-Islamic Relations (CAIR) issued a statement on Saturday, saying the “political environment, led by an Islamophobe in the White House, has normalized hate speech and emboldened bigots in their actions”, presstv reported.

“The rising threat of Islamophobia and white supremacy must be taken seriously,” added CAIR New York Executive Director Afaf Nasher in the statement.

It comes after a New York man was arrested for threatening the life of a Muslim Congresswoman. Patrick Carlineo Jr. has been charged with threatening to murder Ilhan Omar, a newly elected member of Congress from the state of Minnesota, who is a Muslim. Carlineo Jr. of Addison, New York, faces up to 10 years in prison and a $250,000 fine if convicted, the US Department of Justice announced on Friday.

Prosecutors stated that Carlineo, 55, had spoken by telephone with one of Omar’s staff members in March and asked the employee, “Do you work for the Muslim Brotherhood? Why are you working for her, she’s a (expletive) terrorist. I’ll put a bullet in her (expletive) skull.”

According to an FBI criminal complaint, Carlineo said "he loves the president and that he hates radical Muslims in our government".

In February, Omar stated that Trump has “trafficked in hate your whole life.”

Omar is one of the first two Muslim women to serve in the US House of Representatives, the lower chamber of Congress. She is a member of the Democratic Party. The 37-year-old lawmaker was born to a family of Somali refugees and represents Minneapolis, Minnesota, a district with a large Somali population.