Yellow Vest protesters on Saturday took to the streets across France, marking the 21st consecutive week of mass demonstrations against President Emmanuel Macron. 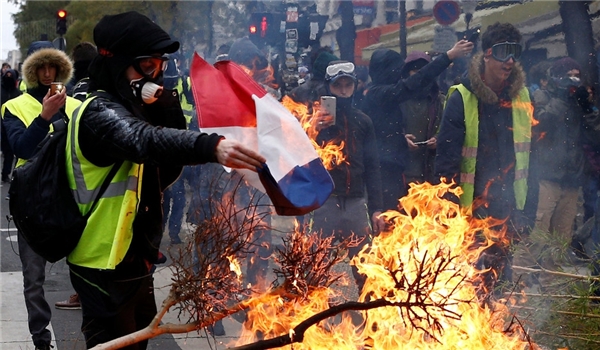 Brief brawls erupted between police and the protestors. According to French media, 43 people were arrested in Paris.

In addition to Paris, demonstrations were held in two Northern cities of Rouen and Lille.

Yellow Vest protests began in November 2018 as a reaction to rising fuel costs, which later turned into deadly anti-government riots.

The protests have left 11 people dead and more than 2,000 injured, according to the French government.

Some 8,400 people have been arrested since the beginning of Yellow Vest protests and about 2,000 were remanded in custody.