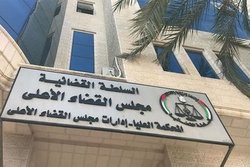 A Palestinian court has sentenced an American-Palestinian to life imprisonment for violating a ban on selling land to Israeli settlers, judicial sources say.

RNA - According to the judiciary media office on Monday, the Higher Offences Court in Ramallah, in the occupied West Bank, convicted dual national Issam Akel of "attempting to sever parts of Palestinian land and annex it to a foreign" entity.

Akel, who was arrested in October, was accused of attempting to sell a property in Israeli-occupied East Jerusalem-al-Quds without the permission of Palestinian authorities.

"In light of the conviction, the court handed down a life sentence with hard labor," the judiciary media office said.

A judiciary official said that Akel can appeal against the verdict.

In Ramallah, Palestinian law requires the permission of the West Bank-based Palestinian Authority for all land sales in East Jerusalem al-Quds.

In November, the US ambassador to Israel, David Friedman, called for Akel to be released.

In his role, Ghaith is responsible for overseeing the PA’s operations in neighborhoods within its jurisdiction on the outskirts of Jerusalem al-Quds.

Israeli military forces have arrested Ghaith many times over the past several years, including on suspicion of incitement.

Some Palestinian officials said they believed the latest arrest of Ghaith was part of Israeli efforts to pressure the Palestinian leadership to release Akel.

According to Press TV, tensions continue in the occupied Palestinian territories in the wake of US President Donald Trump's recognition of Jerusalem al-Quds as Israel’s capital.

The dramatic shift in Washington’s policy vis-à-vis Jerusalem al-Quds on December 6 last year has triggered demonstrations in the occupied Palestinian territories and other Muslim countries.

Tags: Quds Ramallah Palestinian US
Short Link rasanews.ir/201rBT
Share
0
Please type in your comments in English.
The comments that contain insults or libel to individuals, ethnicities, or contradictions with the laws of the country and religious teachings will not be disclosed