The Perils of UN Security Council Resolutions When Biased

Rasa - The Security Council is the UN's most powerful body, the only one with the authority to issue legally binding resolutions that can be backed up by sanctions, blue-helmeted peacekeepers or by force of arms. 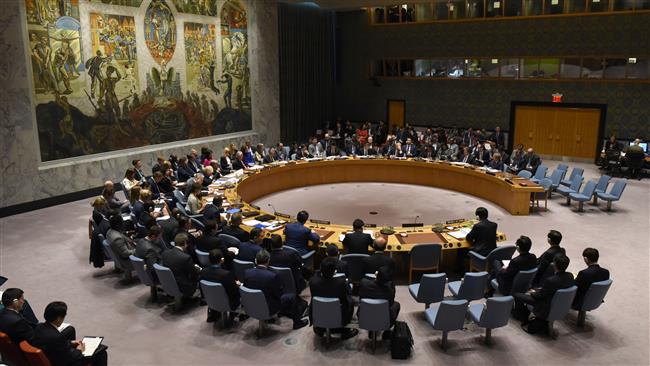 RNA - Problems, however, arise when the Security Council’s resolutions are politically-motivated, biased, or worse, based on falsifications and lies. Consider the following:

A UK-drafted resolution aimed at pressuring Iran over alleged weapons supplies to Yemeni fighters has failed miserably at the Security Council. On Monday, February 26, the resolution gained 11 favorable votes at the 15-member Security Council but was halted by Russia's veto, because as maintained by Russian Ambassador Vassily Nebenzia, "We cannot concur with uncorroborated conclusions and evidence which requires verification and discussions within the sanctions committee."

Interesting enough, it was the United States, Britain and France that had circulated the draft resolution that would renew sanctions on Yemen for another year and also “condemn” Iran for allegedly breaching the 2015 arms embargo on the country by "failing to take the necessary measures to prevent the direct or indirect supply, sale or transfer of short-range ballistic missiles, UAVs and other military equipment to Yemen’s Houthi Ansarullah movement.” Both Tehran and Sana’a have repeatedly rejected the allegations as a fabricated scenario, and said the armed forces of Yemen have strengthened their missile power on their own.

Lest we forget, the Western governments behind the resolution are in fact the ones directly supporting Saudi Arabia and its coalition militarily in the ongoing illegal war against Yemen. Despite almost three years of bombing campaigns and blockade that have mostly targeted innocent civilians, the US- and UK-backed regime changers have failed to defeat the Ansarullah movement, let alone reinstall the country’s former Riyadh-friendly government. Little wonder, they are so desperate to call for unspecified measures in response to Iran’s alleged role in Yemen, stressing that the UNSC will take “additional measures to address these violations,” and that “any activity related to the use of ballistic missiles in Yemen” is a criteria for sanctions. Simply put, this is not a proxy war between Iran and Saudi Arabia; they just want to blame Iran for everything that has gone wrong in their failed regime-change war against the poorest country in the Arab world.

Nevertheless, under International Law and the UN Charter, Security Council resolutions are only meaningful if they are not politically-motivated or based on lies. The ones that are based on solid evidence and reports should be immediately implemented and sustained though, particularly those that ensure the immediate, safe, unimpeded and sustained delivery of humanitarian aid and services, the evacuation of the critically sick and the wounded and the alleviation of the suffering of the people at war. The UN did that earlier this week by unanimously adopting a resolution on Syria. However, the UN has never been that quick when it comes to the resolutions that it has adopted against Israel and its expansionist policies in occupied Palestine and throughout the region.

Israel never paid the price for invading Lebanon in 2006. The usurper regime is also never punished for stealing Palestinian lands, building illegal settlement units on occupied territories, and/or for murdering women and children, detaining and torturing prisoners in Palestine.

Clearly, when it comes to the United States and its Saudi-Israeli allies, the United Nations and its Security Council are never ready to do their part. They cannot, or they never bother to adhere to their absolute obligations and international humanitarian and human rights law to protect civilians and civilian infrastructure in places like Yemen, whose only crime is that it wants to determine its own fate independent of Saudi Arabia.

And similarly, efforts to combat those who support terrorism in places like Syria are yet to be seen at the Security Council. This is not to deny that the UN doesn’t want to fight terrorism. The question is how come despite the evidence and the reports by international aid agencies and human rights groups, the world body is still unable to take action against countries that directly or indirectly support various terrorist groups, like ISIL and Al-Qaeda, in the ongoing regime-change war against Syria?

These perpetrators of horrific human rights violations are yet to be prosecuted by international tribunals. Perhaps, the words of the Universal Declaration are not yet matched by facts on the ground. Perhaps, the US can use its veto power at the Security Council to deny the Syrians – or the Yemenis - their human rights. But one thing is certain:

As long as the structure of the Security Council remains outdated - with just five permanent members that have veto power – it will continue to be a venue for adopting unfair, unjust, false, and self-serving resolutions by certain permanent members. This in itself will only lead to further egregious abuses of the UN system, greater wars of aggression and deceit, and eroding respect for fundamental rights across the globe.

Tags: Security Council UN
Short Link rasanews.ir/201paW
Share
0
Please type in your comments in English.
The comments that contain insults or libel to individuals, ethnicities, or contradictions with the laws of the country and religious teachings will not be disclosed