Rasa – In a article, Hujjat al-Islam Sayyed Kazem Sayyed-Baqeri has examined the nature, necessity, history, types and mechanisms of oversight over political power. 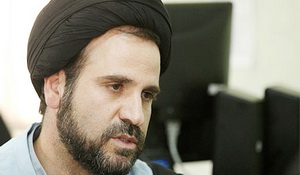 The concept of “oversight” is one of the most important and complex issues in every institution and organization, and in general in any political and social system, and it has an unbreakable link with social responsibility.

Oversight is based on jurisprudence and Islamic law and the realization of monotheism and the implementation of shari’ah [Islamic law], the protection of the lives and property of the people from aggression, the restoration of rights and justice, the uprising against falsehood and oppression, the need for caution in important matters, the realization of good and prevention of vice, efforts in the affairs of the Muslims and the protection of public interests can be considered as the foundations of Islamic jurisprudence in regard to the issue of oversight.

According to Imam Khomeyni’s view Shi’ah jurisprudence, while recognizing the power of oversight and the need for rulers to be accountable to God and the people for their actions on the axis of law, the oversight of power is recognized in both the internal and external spheres and at the stages of acquisition, action and the distribution of power and it also offers some specific solutions in this regard.

Based on the supervisory mechanism explained in Shi’ah political jurisprudence and in accordance with the perspective of the late Imam Khomeyni, not only is the oversight of power recognized at all stages but the political system based on Shi’ah political jurisprudence has more efficiency and effectiveness in the field of oversight of power. From the perspective of capacity, oversight is more comprehensive than in existing political systems. For this reason, it will be able to better control and oversee power.

Explain the essence of the oversight of political power in Islam and in Shi’ah jurisprudence.

The presumption of the issue of the oversight of power is that power provides one individual with various political and economic facilities and distinct powers of wealth and politics. For this reason, it is possible for that individual to have a tendency towards corruption and thus, it is necessary for there to be oversight over that individual.

For this reason, the concern for the tendency of power to corrupt is not explained and a individual can turn their heads towards powerful organizations and individuals with full eagerness and complete tranquility and be certain that this powerful individual does not oppress and not commit corruption.

For this reason, Islam believes in limitations for the ruling individual and because the ruler is at the threshold of error at every moment, he must have certain characteristics in order to be able to reduce the percentage of such error. For example in the discussion of the theory of Wilayat al-Faqih [Guardianship of the Jurisprudent], the issue of the knowledge and the justice of the jurisprudent is discussed.