Rasa - About three million people in the United States carry a loaded firearm daily, while nine million do so at least once a month, according to a new study. 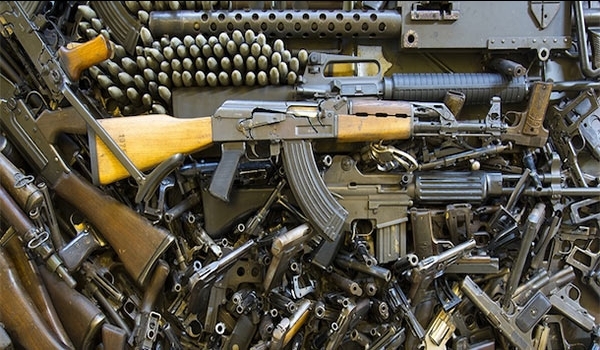 RNA - Most of these gun-toting Americans are young men, live in the Southern US states, self-identify as politically conservative, said the study by the Harvard School of Public Health, the University of Colorado and Northeastern University.

Those who carried handguns were more likely to grow up in firearm-owning households and said security is a top reason for walking around with a deadly weapon, according to the report, published Thursday in the American Journal of Public Health.

The study is the first in 20 years to look at gun-carrying habits in a country that has repeatedly seen fatal mass shootings at schools, workplaces and concerts, researchers said.

"It was important to study handgun carrying because about 90 percent of all firearm homicides and nonfatal firearm crimes for which the type of firearm is known are committed with a handgun," said lead author Ali Rowhani-Rahbar, an associate professor of epidemiology at the University of Washington School of Public Health.

"An important first step to examining the consequences of firearm carrying at the national level is an accurate measurement of the occurrence of this behavior and characterization of those who engage in it."

The data came from a 2015 national survey that examined handgun-carrying behavior of 1,444 gun owners.

Across the US, state laws on handgun carrying have generally become less restrictive over the last 30 years, said the study.

The survey found that 80 percent of surveyed handgun owners who carried their handgun had a concealed-carry permit. Some owners reported carrying a concealed handgun without a permit in states in which doing so was illegal.

More than 100,000 people are shot each year in the US at a total cost of $45 billion, a cost that includes lost wages and hospital charges, according to a study published earlier this month after the massacre in Las Vegas, Nevada.

The mass shooting in Las Vegas that left at least 59 people dead and over 500 wounded on October 1 was the deadliest mass shooting in modern US history and once again highlighted America's extreme rate of gun violence.

Tags: Gun American
Short Link rasanews.ir/201oiR
Share
0
Please type in your comments in English.
The comments that contain insults or libel to individuals, ethnicities, or contradictions with the laws of the country and religious teachings will not be disclosed