American dream died because of plutocracy

Rasa - The rapid decline of living standards and democratic values in the United States indicates the “collapse” of what was once known as the American dream, US philosopher Noam Chomsky says. 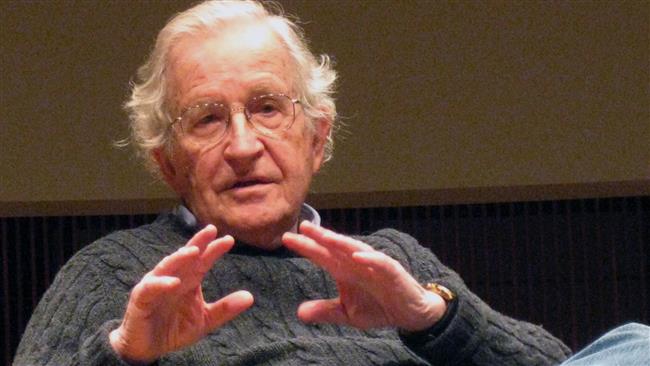 RNA - Speaking to the website Truthout in an interview published on Sunday, Chomsky said the American society had fallen “below” other rich societies in terms of providing people with equal chances for a better living.

“The ‘American Dream’ was all about class mobility. You were born poor, but could get out of poverty through hard work and provide a better future for your children. It was possible for [some workers] to find a decent-paying job, buy a home, a car and pay for a kid's education,” the academic said. “It's all collapsed -- and we shouldn't have too many illusions about when it was partially real.”

“The so-called American Dream was always based partly in myth and partly in reality,” Chomsky said, noting that Americans are losing their hope due to “stagnating incomes, declining living standards, outrageous student debt levels, and hard-to-come-by decent-paying jobs.”

Chomsky warned that the American public is experiencing an “unprecedented” level of total inequality, which has allowed a very small percentage of the population to become “super wealthy.”

“The inequality in the contemporary period is almost unprecedented. If you look at total inequality, it ranks amongst the worse periods of American history,” the political commentator said. “However, if you look at inequality more closely, you see that it comes from wealth that is in the hands of a tiny sector of the population.”

“The current period is extreme because inequality comes from super wealth. Literally, the top one-tenth of a percent are just super wealthy,” he added.

Pointing to the US political system’s growing disregard for the popular opinion, Chomsky argued that unlike what Washington wants the world to think, America is more of a plutocracy rather than a democracy.

“In fact, the privileged and powerful classes of this country have always sought to find ways to limit power from being placed in the hands of the general population,” he continued.

Tags: Noam Chomsky US American
Short Link rasanews.ir/201mkB
Share
0
Please type in your comments in English.
The comments that contain insults or libel to individuals, ethnicities, or contradictions with the laws of the country and religious teachings will not be disclosed