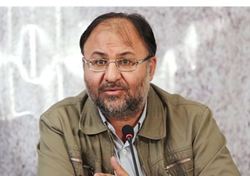 RNA – In an interview on the issue of American human rights, Mr. Mohammad-Sadeq ‎Koushki, a political affairs expert, referred to the downing of Iran Air Flight 655 on July 3, ‎‎1988 said, “The downing of an Iranian plane in the Persian Gulf by the Americans took place ‎in Iranian airspace above the island of Hengam. According to international law, this plane ‎was targeted in the skies over our country, which multiplies the bitterness of the incident.”‎

He added, “The Americans attacked the plane of the Islamic Republic of Iran in the airspace ‎of our country and shot it down. Interestingly, the inquiry committee that followed up on this ‎issue by the US Congress and which provided a detailed report has clearly reached several ‎conclusions.”‎

He clarified the results, saying, “Captain Will Rogers III, the commander of the USS ‎Vincennes, and his crew attacked an Airbus, that that the claims that the US navy mistakenly ‎targeted this plane and thought it was a fighter jet or a fighter jet hidden behind the Airbus ‎isn’t true.” ‎

Mr. Koushki emphasized, “A report from the US Congress states that the captain of the ‎American warships in the area warned the commander of the Vincennes ‘what do you want ‎to do? Do you want to attack a passenger plane and why should you do that?’”‎

He said the Americans shot down the plane, knowing that their target was a passenger plane ‎that was in the international corridor and at the height of the attack, they shot down the ‎plane.‎

He emphasized, “I hope that the young generation of Iranian artists and intellectuals and ‎those who claim to be patriots and nationalists will be a truthful generation and condemn the ‎United States for this crime and demand and not forgive the American government. If this ‎was the case, they would not allow themselves to hold negotiations with the United States.”‎

Mr. Koushki added, “If anyone is still claiming to be negotiating with the Americans again, he ‎should know that he is sitting at the table with the American government who are partners in ‎shedding the blood of Iranians in various crimes, one of which was the downing of Iran Air ‎Flight 655.”‎

He said, “Those who have talked about negotiations, reconciliation and trusting the United ‎States during this period are essentially partners in the blood of the martyrs of Iran Air Flight ‎‎655.”‎