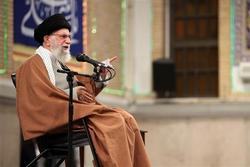 The Supreme Leader of the Islamic Revolution, Ayatollah Sayyed Ali Khamenei, has warned the government of India against continued massacre of Muslims.

RNA – The Supreme Leader of the Islamic Revolution, Ayatollah Sayyed Ali Khamenei, has warned the government of India against continued massacre of Muslims, saying that the current pogrom going on against Muslim people in the South Asian country will lead to isolation of New Delhi in the Islamic world.

The Leader made the remarks in a statement tweeted in Urdu, English and Persian on Thursday in condemnation of the brutal killing of more than 40 Muslims during a four-day span of violence that began in New Delhi on February 23, according to Press TV.

“The hearts of Muslims all over the world are grieving over the massacre of Muslims in India,” Ayatollah Khamenei remarked.

“The govt. of India should confront extremist Hindus & their parties & stop the massacre of Muslims in order to prevent India’s isolation from the world of Islam,” the tweet went on. The violence saw the Hindu mobsters setting mosques on fire and burning Muslims alive in their homes or dragging them out into the streets and lynching them.

Hundreds more were also injured during the melee.

On Monday, Iranian Foreign Minister Mohammad Javad Zarif wrote a tweet, urging “Indian authorities to ensure the well-being of ALL Indians & not let senseless thuggery prevail,” adding that the “path forward lies in peaceful dialogue and rule of law.”

India summoned the Iranian ambassador to New Delhi afterwards to protest the comments. The Indian Foreign Ministry’s spokesman Raveesh Kumar said a "strong protest was lodged against the unwarranted remarks," which he called "not acceptable."

The law offers a path to Indian citizenship for six religious groups from three neighboring countries, but specifically excludes Muslims. Critics insist the law is discriminatory and comes in the wake of other severe government measures against the country’s Muslim population such as withdrawal of autonomy for Muslim-majority Jammu and Kashmir province that has intensified discord across India about the future of its 200 million Muslims.

Kumar, however, defended the legislation, saying the government was confident in its legality.

On Tuesday, Iranian people, university students, and seminarists held a protest in front of the Indian Embassy in the capital Tehran to denounce the massacre.

The Iranian demonstrators shouted slogans and held up placards bearing statements in support of the Muslims and condemnation of the slaughter.

Some held up pictures showing the harrowing aftermath of the bloodshed.

The protesters urged international and humanitarian organizations to break their silence on the atrocity, decrying censorship attempts aimed at imposing a media blackout on the violence.

The participants called New Delhi to account over the massacre and asked the Islamic Republic’s diplomatic authorities to contribute to efforts that would prevent such atrocities.

The President of Pakistan Arif Alvi thanked Ayatollah Khamenei in a Thursday tweet, stressing that “there must be a unified stance on this dangerous issue.”

He added that if left unchecked, the current turn of events “may lead to Muslim genocide in India.”

The Pakistani president also drew an analogy between the massacre of Muslims in India and the killing of Rohingya Muslims in Myanmar, likening them to “Nazi extremism” and emphasizing, “Let the world not ignore obvious similarities.”

Pakistan appreciates this response from Imam @khamenei_ir and we agree that there must be a unified stance on this dangerous issue. Looking at history of Nazi extremism, and that of Myanmar, this may lead to Muslim genocide in India. Let the world not ignore obvious similarities. https://t.co/Rdy3cq6BZz
— The President of Pakistan (@PresOfPakistan) March 5, 2020

Tags: Khamenei India Muslims Zarif
Short Link rasanews.ir/201sv2
Share
1
Please type in your comments in English.
The comments that contain insults or libel to individuals, ethnicities, or contradictions with the laws of the country and religious teachings will not be disclosed