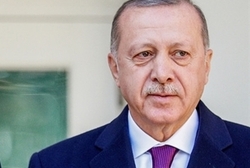 One of the Turkey’s main motives for sending troops to Syria and providing military assistance to anti-Damascus militants is to overthrow the Syrian government and returning the Arab country to the Ottoman Empire, says a US political commentator.

RNA - Michael Springmann, a Washington-based author and former US diplomat in Saudi Arabia, made the remarks during a Friday edition of Press TV’s The Debate program while commenting on tensions escalating between Turkey and Syria over the Ankara’s sending of more troops and equipment to the northwestern province Idlib as the Syrian government is pushing ahead with an offensive to fully liberate the embattled area from militant groups.

The Syrian offensive against militants in Idlib began on August 5, 2019, after those positioned in the de-escalation zone failed to honor a ceasefire brokered by Russia and Turkey and continued to target civilian neighborhoods.

Idlib contains the largest remaining concentrations of the terrorists, who have been there since September 2015, when Russia began lending airpower to Syria’s counter-terrorism operations.

Ankara, which backs Syria's anti-government militants, currently has around 15,000 Turkish troops in the northwest of the Arab country.

“The Turks have two goals in Syria; one of course is to control the Kurds in Syria whatever kind and trying to create a buffer zone along the Syrian-Turkish border, some 30 km wide and 400 km long, to push some of the Kurds that have moved across the border into Turkey back into Syria, and the other part is that Turkey wants to return Syria to the Ottoman Empire,” Springmann told Press TV on Friday.

“[Turkish President Recep Tayyip] Erdogan has been operating in Syria since October of last year and has been arming various extremist groups attempting to overthrow the Syrian government and create more chaos in the country, giving more room for the Turkish government to maneuver; so, basically what Erdogan and the Turks want in Idlib is more control over Syria, overthrow the legitimate government in Syria and do something about the Kurds that are in Syria,” he added.

Turkish forces and the militant groups that Ankara backs, attacked Syrian government troops on Thursday, with Russian and Syrian warplanes responding by airstrikes that left two Turkish soldiers dead. The rising tensions have put Russia and Turkey on the brink of a military encounter in Syria as the battle over Idlib has intensified.

Asked about the possibility of Turkey heading toward a military confrontation with Russia, the former US diplomat said, “Erdogan is foolish enough to antagonize the Russians again as he has done so in the past by shooting one of their warplanes.”

Turkish F-16 fighter jets shot down a Russian warplane close to the Syrian border in November 2015, accusing it of violating Turkish airspace. Moscow denied such an allegation.

Onur Erim, a Turkish foreign policy adviser in Istanbul, was the other panelist invited to The Debate program and threw his weight behind Ankara’s deployment of more troops to Syria.

“What Turkey has been trying to do is make sure its borders are secure, make sure there is no more refugees than what it has been housing for the last eight years which is close to four million and it’s trying to make sure that its own civilians behind the Turkish border and in the country of Turkey are not killed anymore by the Syrian militants’ mortar firing, that’s basically it,” he said.

Over the past four years, the Turkish military has staged at least two unauthorized incursions into northern Syria to push back against Kurdish militants, whom Ankara says seek to overthrow the Turkish government.

The aggression prompted the areas’ Kurdish population to ask the Syrian government for protection against the Turkish forces.

Turkey's Support for Militants in Idlib May Lead to Conflict Escalation