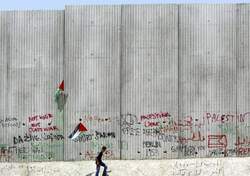 The US government has appointed members of a committee tasked with mapping out areas of the occupied West Bank that Israel plans to annex as part of President Donald Trump’s self-proclaimed "Deal of the Century."

RNA - A senior Trump administration official told the Israel Hayom daily that US ambassador to Israel David Friedman will lead the joint committee.

“Honored to serve on the Joint Committee,” tweeted Friedman Saturday. “Looking forward to getting started right away,” he said.

Other committee members will include Friedman’s senior adviser Aryeh Lightstone, and Scott Leith, a US National Security Council expert on Israel.

The committee was announced by Trump last month during the unveiling of his scheme, which would see Israel control swathes of the West Bank in violation of the fundamental rights of the Palestinians.

Trump said the joint committee would be formed to "convert the conceptual map into a more detailed and calibrated rendering so that recognition can be immediately achieved."

There is still no set timeline for when the committee will finish its work, but Israeli prime minister Benjamin Netanyahu has been pressured by right-wing lawmakers in recent weeks to announce the immediate annexation of all settlements before Israelis head to the polls.

Three weeks ago, both Netanyahu and Friedman said that Israel would be able to do so before the election, and Netanyahu planned to turn the issue into the cornerstone of his re-election campaign.

Trump’s son-in-law and adviser Jared Kushner, who is believed to be the architect of the so-called "Vision for Peace," has said the US administration and Israel had decided to wait until a team was formed to examine the maps, and that he hoped Israel would wait until after the election.

On January 28, Trump unveiled his plan negotiated with Israel but without Palestinians, as one side of any agreement, being involved in the process.

Palestinian leaders immediately rejected the plan, with President Mahmoud Abbas saying it “belongs in the dustbin of history.”

They view the deal as a colonial plan meant to unilaterally control Palestine in its entirety and remove Palestinians from their homeland.

On Saturday, Palestinian factions censured the participation of Palestinian figures in a meeting in Tel Aviv, organized by the so-called Israeli Peace Parliament whose members are former representatives of a variety of political parties and former Knesset members.

Twenty former members of the Palestinian Authority participated in the Friday meeting held under the banner “Yes to Peace,” “No to Annexation” and “Two States for Two People.”

Denouncing the meeting, Hamas resistance movement said it was a “blow to all Palestinian positions rejecting US President Donald Trump’s recently unveiled plan for Mideast peace."

Hamas spokesman Hazem Qassem said the gathering was a form of “normalization” with Israel that is rejected by all Palestinians.

“These meetings encourage some parties in the region to normalize their relations with the Zionist entity,” Qassem said, adding, “They also weaken the movement of solidarity with our Palestinian people”.

He also criticized the Palestinian Authority for allowing such meetings despite threats by its leaders to cut all ties with Israel.

“How can we convince the world to reject normalization when some of us are promoting it and involved in it?” he exclaimed. “These meetings are intended to support Trump’s 'Deal of the Century.'”

The Popular Front for the Liberation of Palestine (PFLP) denounced the meeting as a “stabbing of the Palestinian people.”

It further called on the Palestinian Authority to dismantle the Palestine Liberation Organization (PLO)’s committee for interaction with Israeli society, which is responsible for organizing meetings between Palestinians and Israelis.

“Participation in normalization meetings with hostile Zionists proves that the Palestinian leadership is not serious about renouncing the Oslo Accords, halting security coordination [with Israel] and suspending all meetings with the Zionist entity,” the PFLP added.

Al-Ahrar (The Free), a group of Fatah members in the besieged Gaza Strip, said the meeting was a “national and immoral crime” which violated the Palestinian Authority's position against the Trump plan.

“The meeting encourages the occupation and the US administration to continue their steps to implement the Trump plan,” the group said.