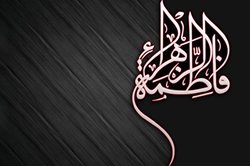 A mourning ceremony marking the martyrdom anniversary of Lady Fatimah al-Zahra was held in Qom with the presence of the managers, reporters and staff of Rasa News Agency.

RNA – A ceremony marking the martyrdom anniversary of Lady Fatimah al-Zahra was held in prayer room of the Rasa News Agency on January 28th with the presence of managers, reporters and staff of the news agency.

During the ceremony, Hujjat al-Islam Sayyed ‎Mohammad-Mahdi Mohaqqeqi, the manager of Rasa News Agency, secretaries, reporters and other staff of Rasa News Agency mourned over the martyrdom of the Lady of the Two Words, Fatimah al-Zahra.

At this ceremony, Hujjat al-Islam Hadi Elyasi, a renowned lecturer and speaker in Qom, expressed the characteristics and the virtues of Lady Fatimah al-Zahra and said, “Recognizing her time is one of the most important features of Lady Fatimah al-Zahra because she correctly recognized her time and alongside this recognition, she knew when to act.”

He continued, “Lady Fatimah al-Zahra was a person who didn’t leave her house. Just as the Prophet Muhammad said, ‘the best thing for a woman is not to see a man nor for any man who isn’t related to her to see her’ but what happened to her that after the death of the Prophet, she delivered a sermon in the mosque and engaged in arguments with others to protect the sanctities of the Ahl al-Bayt?”

The teacher in the Islamic Seminaries of Qom referred to a narration by Imam Ja’far al-Sadiq and stated, “Imam al-Sadiq stated: ‘it is wise for one to recognize his time, to do his work and to protect his tongue’ but unfortunately, in the manner which some officials speak, some people around them have to justify it in a correct manner.”

In conclusion, those present at the ceremony mourned for the martyrdom of Lady Fatimah al-Zahra and Haj Abbas Shademani, an elegist for the Ahl al-Bayt, recited elegies and poems.”