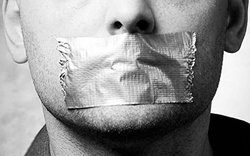 The domain name FarsNews.com, which owned by Fars News Agency, has been blocked by an order from the US Treasury.

RNA – The domain name “FarsNews.com,” which is owned by Fars News Agency, was blocked on the evening of January 24th by the order of the United States Department of the Treasury.

In an email sent by the international service provider to Fars News Agency, it was explicitly stated that this illegal blocking of the domain name FarsNews.com was due to “instructions issued by the Office of Foreign Assets Control (OFAC) and its listing on the Specially Designated Nationals and Blocked Persons [SDN] list.”

The OFAC is the financial intelligence and enforcement agency of the US Department of the Treasury.

A few hours before the site was taken down, users’ access to FarsNews.com in both Iran and other parts of the world was hampered.

Currently, access to the news site is now possible through the Iranian domain address FarsNews.ir.

It is worth noting that the English, Arabic and Turkish sites as well as the Afghanistan section of Fars News Agency have also been made inaccessible.

Tags: Fars News Fars News Iran USA OFAC Treasury
Short Link rasanews.ir/201shq
Share
1
Please type in your comments in English.
The comments that contain insults or libel to individuals, ethnicities, or contradictions with the laws of the country and religious teachings will not be disclosed