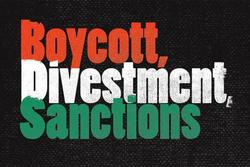 Five United Nations special rapporteurs have unveiled a letter to the German government censuring a German law that targets a pro-Palestinian boycott movement while insisting that criticism of the Israeli regime “is not anti-Semitic.”

RNA - The UN experts made the letter public this week after the 60-day reply period ended without a response from the German officials in Berlin, the UK-based Middle East Eye reported Friday.

In May 2019, the German parliament passed a motion condemning the Boycott, Divestment and Sanctions (BDS) movement as anti-Semitic.

In their October letter, the UN officials challenged the German law as “anti-Semitic” and called on Berlin to provide information on how the anti-BDS legislation complies with international human rights law, freedoms of opinion and expression, and the right to peaceful assembly.

The law - titled “Resisting the BDS Movement with Determination – Combating Anti-Antisemitism” – falsely accuses BDS of utilizing "patterns and methods" used by the Nazis during the Holocaust.

Reacting to passage of the German law, the BDS movement -- founded in 2005 by Palestinian activists -- accused Berlin of "complicity in Israel's crimes of military occupation, ethnic cleansing, siege and apartheid."

In their letter, the UN experts also pointed out that the law “unduly interferes with the right of people in Germany to engage in political speech, namely, to express support for the BDS movement.”

“We further express our concern that the motion may hinder the peaceful activities of human rights defenders, groups and organizations denouncing human rights violations as part of the BDS movement by shrinking the civic space available to them to express legitimate grievances,” they wrote.

The German city of Dortmund reversed its decision last September to hand a literary prize to novelist Kamila Shamsie due to her support for the BDS movement.

The Israeli regime, meanwhile, has tasked its ministry of strategic affairs and public diplomacy -- a body founded in 2006 that collaborates with Tel Aviv’s interior ministry -- to organize campaigns against the BDS movement.

It issued a list back in 2018 consisting of nearly 20 international NGOs whose members would be denied entry into the Israeli-occupied territories. The list also included the UK-based Palestine Solidarity Campaign organization.