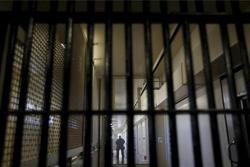 Dozens of Palestinians have forcibly disappeared in Saudi Arabia and their fates remain unknown, according to testimonies by their families given to a Swiss-based rights group.

RNA - The Euro-Mediterranean for Human Rights Monitor, an independent, nonprofit rights organization, announced the information in a statement on Saturday.

The Palestinian community in Saudi Arabia believes that the real number of the abductees is far higher.

The Euro-Med said the Palestinians in question — among whom are students, residents, businessmen, and academics — have been completely isolated from the outside world without any indictments against them.

They have not been brought before public prosecution, nor allowed to communicate with their relatives or lawyers, it added.

“The campaign in Saudi Arabia of arresting Palestinians is but one in a long series of human rights violations in the country,” Selin Yasar, Euro-Med’s communication and media officer, said.

‘I don't know if he is dead or alive’

The wife of one Palestinian engineer who had been working for a Saudi company but disappeared without a trace said she was completely in the dark about her husband’s fate.

“My biggest pain is not knowing anything about my husband. I do not know if he is alive, dead, healthy or tortured, and this made his disappearance more painful for my children, his parents, and his siblings,” she said.

His family and friends say Saudi authorities won’t respond to queries about his fate.

“The Euro-Med considered the practices of the Saudi authorities a flagrant violation of the requirements of justice, which guaranteed everyone the right to a fair trial including knowing charges against them, the right to defense and access to a lawyer,” the statement said.

The rights group called on Saudi King Salman bin Abdul Aziz to order executive authorities to immediately reveal the fate of the Palestinians who have disappeared.

It also urged the international community and the Arab kingdom’s allies in the West to pressure Riyadh to end the forced disappearance of its nationals and foreigners and to put an end to the flagrant human rights violations in Saudi Arabia.

Over the past two years, Saudi authorities have deported more than 100 Palestinians from the kingdom, mostly on charges of supporting the Hamas resistance movement financially, politically, or through social networking sites.

The rights group also cited an Algerian national who was released recently from a Saudi prison as saying that interrogators and jailers at the Dhahban Central Prison in Saudi Arabia used various methods of torture against detainees, including depriving them of sleep or access to medical treatment.

The Algerian national also revealed to the Euro-Med that food inside the prison “was served in a humiliating way and was sometimes offered in bags, and that the jailers kept detainees shackled even while in their prison cells.”

The Dhahban Central Prison is located in a small, isolated village off the Saudi coast, 20 kilometers outside the borders of the western port city of Jeddah. Thousands of prisoners for alleged political, human rights, terrorism, and violence charges are kept in the prison.

Netanyahu trying to push US into war against Iran in favor of Israel: Expert