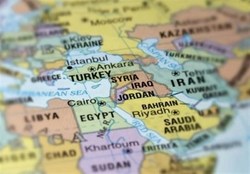 The US official in the administration of President Donald Trump tasked with developing a plan to bring “peace” between Israel and the Palestinians is departing the White House, casting further doubt on the proposal's future.

Greenblatt, the son of Hungarian Jews, was previously a lawyer at the Trump Organization. He had been leading the effort to devise the so-called peace plan, which has been delayed repeatedly.

In a tweet, Trump confirmed Greenblatt’s departure. “After almost 3 years in my Administration, Jason Greenblatt will be leaving to pursue work in the private sector," he wrote.

Greenblatt was an advocate of Trump’s decision to move the US Embassy from Tel Aviv to Jerusalem al-Quds and recognize Israeli sovereignty over the occupied Syrian territory of Golan Heights, moves that were sharply criticized by Palestinians and Muslim nations.

"He ruined the credibility of the United States and destroyed the peace process," said Nabil Abu Rdeneh, spokesman for Palestinian President Mahmoud Abbas.

The embassy move, followed by cuts of hundreds of millions of dollars in US aid, prompted the Palestinians to sever most ties with the US.

The $50 billion so-called "peace to prosperity" plan, which was presented by Kushner at a US-led workshop in Bahrain in June, envisions a global investment fund to purportedly lift the Palestinian and neighboring Arab state economies.

No money has been secured for the projects in the plan, which the Palestinians have called “humiliating blackmail.”

Several leaks indicate that the plan — which Trump calls the ‘deal of the century’ — is hugely biased towards Israel and seems more to be aimed at consolidating the regime’s occupation of Palestinian territories.

Palestinians of all political leanings in blockaded Gaza and the occupied West Bank have rejected Trump’s deal as “the slap of the century.”