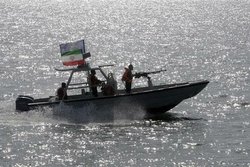 Senior Iranian military commander Major General Gholam Ali Rashid said that the extent and area of the battle ground will specify the results of any possible war in the future.

RNA - "The fate of possible war in future will be decided by the area of battle regions and the element of time," General Rashid said, addressing the Islamic Revolution Guards Corps (IRGC) Aerospace Force commanders and personnel in Tehran on Monday.

He added that no power is able to start and end a war and manage the geographical scope of war in an 8-mln-sq/km area.

"Therefore, the capacity to manage war in an extensive geographical area and not its severity and destruction power will decide the final result of war in the long run," General Rashid said.

In relevant remarks last Sunday, General Rashid had warned of his country's surprising response to enemies' possible attack, stressing that costs of such an aggression would outpace its benefits for enemies.

"The costs of such an aggression will be much more than its achievements," he added, noting, "The dimensions of Iran's defensive and offensive power will have surprising and incalculable costs for the aggressors."

General Rashid expressed the hope that the US provocative moves would not endanger regional stability and security.