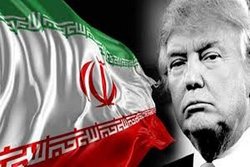 The United States under President Donald Trump has been waging an all-out economic and diplomatic war against Iran, but a Wall Street Journal report shows the pressure campaign encompasses an expansive yet lesser-known public relations aspect as well that specifically targets Iranian people.

RNA - The WSJ revealed on Thursday that Washington has been running a disinformation campaign that sought to sow discord between Iranians and their government by "blaming the country’s economic hardship on its leaders and discrediting those who oppose the White House’s policies."

Titled "US Aims a Megaphone at Iranian Public as Part of Pressure Campaign," the article delves into the depth of the propaganda campaign and reveals some of its inner workings.

The two authors of the article, Sune Engel Rasmussen and Michael Amon, state that the campaign makes use of all available channels, including hashtags, YouTube videos and "traditional pro-U S media outlets broadcasting in the Middle East" to win over more support in Iran.

"American officials say US-sponsored radio stations including Voice of America now reach more than 14 million Iranians inside the country each week—about 23 percent of the nation’s adults," the article says.

According to them, the Trump administration has set up a State Department unit called the Iran Action Group, which is led by Brian Hook, the White House special envoy on Iran, and has been tasked with spreading the propaganda content.

Hook has personally tried his hand at the craft, filming a video inside the former Iranian embassy in Washington, telling his Iranian viewers that the diplomatic mission and its assets, including artwork and Persian rugs, have been looked after and the keys will be returned to a “truly representative Iranian government.”

But there is a major flaw to this plot and that, ironically, is Trump's own twitter habits.

“The millions of dollars the State Department spends on public diplomacy and strategic messaging are totally overshadowed by Trump’s tweets,” Karim Sadjadpour, senior fellow and Iran expert with the Carnegie Endowment, told the WSJ. “And Trump’s tweets to Iran have been totally incoherent, ranging from pleas [for] dialogue to threats of military attack.”

Alireza Miryousefi, the spokesman for Iran’s United Nations mission, said the US has been using propaganda tactics against the Iranian people since the 1979 Islamic Revolution without ever succeeding.

“Certainly the evidence is clear: While the Iranian people are suffering under the economic terrorism imposed on them, they are in a large majority laying the blame squarely at the feet of the Trump administration,” he said.

Another reason for the campaign's ineffectiveness, according to the report, is America's reliance on "exiled Iranians in the US" and the Mujahedin-e Khalq (MEK or MKO) terrorist group to get its message across. But the problem is both of these groups are widely despised in Iran.

The Trump administration’s anti-Iran campaign hit another snag recently when the Iran Disinformation Project -- an online platform funded by the State Department to spearhead a campaign to discredit Iranian journalists and scholars living in the US and Europe -- was defunded.

Shortly after its launch, the State Department spokesman said criticism of US-based organizations and people wasn’t the intent of the program. Its $1.5 million in funding was yanked, and the project was terminated.