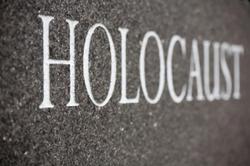 Brazilian right-wing leader Jair Bolsonaro risked falling out with one of his closest allies over his off-hand "we can forgive, but we cannot forget" remark about the Holocaust after it sparked a fierce backlash in Israel.

RNA - The Israeli president, as well as the official memorial to the victims of the Holocaust, have pounced on Bolsonaro, taking offense at the Brazilian leader's comments, RT reported.

Addressing evangelical leaders on Thursday night in Rio de Janeiro, Bolsonaro made reference to the Holocaust as an example of a tragedy that must not be forgotten so it would never be repeated, stating, "We can forgive, but we cannot forget. That quote is mine. Those that forget their past are sentenced not to have a future."

The remark struck a raw nerve in Israel, with critics zooming in on the first part of the quote.

Israeli President Reuven Rivlin accused Bolsonaro of an attempt to "erase" the extermination of Jews in Nazi camps from the public memory.

"No one will order the forgiveness of the Jewish people, and it can never be bought in the name of interests," Rivlin tweeted.

"We will never cooperate with those who deny the truth or try to erase it from memory — not by individuals and groups, not by party leaders and not by heads of state," he said.

Yad Vashem, the Israeli memorial for the victims of the Holocaust, warned Bolsonaro against sailing out of his depth and called on him to stick to present-day politics instead of wading into historical matters.

Bolsonaro, who has styled himself as a great friend of Israel, recently opened his country's business office in Jerusalem as "part of its embassy in Israel". While the inauguration of the new diplomatic quarters fell short of Bolsonaro's earlier vow to move the country's embassy to Jerusalem, it was praised by Israeli Prime Minister Benjamin Netanyahu, who stated that he hoped it was "a first step" towards the opening of a Brazilian embassy there.

During his four-day trip to Israel, Bolsonaro, dubbed "Tropical Trump" for the uncanny similarities of his views to those of his American counterpart, visited the Yad Vashem memorial.

Bolsonaro is no stranger to controversy, having praised Latin American dictators and told a female political opponent she was "not worthy" of rape. Just days after he returned from Israel, Bolsonaro faced outrage for claiming that Germany's National Socialist Party (the Nazis) was a leftist group, because its name included "socialist".

Netanyahu so far has not commented on the new controversy involving his Brazilian bedfellow.

Meanwhile, the Israeli ambassador to Brazil sprung to Bolsonaro's defense, arguing that the Brazilian leader was misunderstood.

"At no point in his speech did the president show disrespect or indifference to Jewish suffering," he said in a Facebook post.

Bolsonaro's comment sent ripples through the Jewish community on Twitter. Some argued that it was up to the victims of the Holocaust to decide whether to forgive the perpetrators.

"Its perpetrators were rightfully punished and should never be forgiven. Just like the torturers you defend deserve no forgiveness," a commenter wrote, alluding to Bolsonaro's controversial remarks praising military dictators and their methods.