‘Truth is treason’ for American Empire 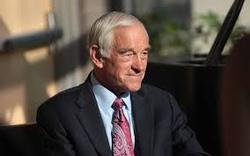 Former Republican congressman and presidential candidate Ron Paul has said “truth is treason” when you are dealing with an Empire.

RNA - Dr. Paul, the founder of the Ron Paul Institute for Peace and Prosperity, made the remarks while discussing the violent arrest of WikiLeaks publisher Julian Assange by UK Metropolitan Police this week, after the Ecuadorian government cancelled his asylum.

The Australian whistleblower was arrested on behalf of the US on Thursday at the Ecuadorean embassy in London, where he had been granted asylum since 2012.

Assange, 47, is wanted by the US government for publishing classified documents related to the Iraq and Afghanistan wars that were leaked by American whistleblower Chelsea Manning.

Assange spent seven years at the Ecuadorian embassy before his arrest.

Dr. Paul said Assange “has suffered a lot. I think this is a real tragedy for all journalism which means for all the people who are trying to find the news. And I think he fits into the category I think we talk so much that is ‘truth is treason’ you know when you have an Empire.”

“But you know technically he even does not belong to our Empire. He is not a US citizen. But you know he was dealing with some of our secrets. He wasn’t the journalist they claim.”

“This is a big issue. I don’t think it would be too long that he would be extradited [to the US], according to my estimations. And he will suffer the consequences. I think the only thing now that might stop this is public pressure.  There are some groups out there, probably groups much bigger and influential than ours. But we have a few people who care about that.

“We’ve to encourage people to get to their elected officials and get some publicity for this, because this is obviously a miscarriage of justice.”

Assange faces up to 12 months in a British prison for breaching his bail conditions.

He then faces extradition to the US to face charges that he conspired to hack into a classified US military computer, which carries a maximum sentence of five years.

But WikiLeaks editor Kristinn Hrafnsson said he fears more charges will be added once Assange arrives in the US, meaning he could face decades in an American prison.

Legal experts say the US extradition fight could last for years, given that his previous battle against extradition to Sweden to face rape allegations took 18 months.

Ecuador's president, Lenin Moreno, said in July that he was planning to withdraw asylum protection for Assange and evict him from its UK embassy.

Assange was granted asylum by Ecuador’s former president Rafael Correa, after he took refuge in the country’s embassy in 2012. Moreno, however, revoked the asylum and allowed police to arrest him.