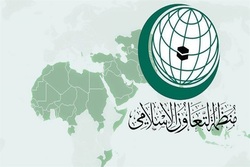 Iran’s Foreign Minister Mohammad Javad Zarif says certain countries in the West must be held accountable for an attack on two mosques in New Zealand, which left at least 50 worshipers dead.

RNA - "The terrorist attack in New Zealand represents a very dangerous tide in the West that is Islamophobia," he said in Istanbul where the Organization of Islamic Cooperation (OIC) held an emergency meeting Friday.

Certain Western officials and institutions, he said, are aiding and abetting crimes against Muslims with their silence.

"And we are seeing the consequences of this in various parts of the West," Zarif added.

The minister said the OIC emergency meeting in Istanbul came on Iran's request during his phone conversation with Turkish Foreign Minister Mevlut Cavusoglu last week after the New Zealand massacre.

"Our Turkish friends, given the sensitivity they have toward the issue, announced holding this ministerial meeting within a couple of hours after our conversation. This was a very good step taken by the Turkish government," Zarif said.

"At this meeting, we plan to try to establish a consensus not only to condemn this (terrorist attack in New Zealand), but also to take necessary measures for the Islamic countries to prevent the repetition of such events," he said.

"With OIC ministers in Turkey; all condemn barbaric Christchurch terror against Muslims & seek to unite against dangerous tide of racism & Islamophobia in the West," Zarif tweeted later.

With OIC ministers in Turkey; all condemn barbaric Christchurch terror against Muslims & seek to unite against dangerous tide of racism & Islamophobia in the West. All shocked by @realDonaldTrump continuing to try to give what is not his to racist Israel:first Al-Quds & now Golan
— Javad Zarif (@JZarif) March 22, 2019

In his speech to the OIC meeting, Turkish President Tayyip Erdogan called for a global fight against rising Islamophobia, saying Muslim nations cannot allow "this brutal terror attack to be forgotten."

"Just as humanity fought against anti-Semitism after the Holocaust disaster, it should fight against rising Islamophobia in the same determined fashion," Erdogan said.

"Right now we are facing Islamophobia and Muslim hatred," he said, adding far-right neo-Nazi groups should be treated as terrorists in the same way as Daesh extremists.

The Turkish president also said the reaction and empathy shown by New Zealand Prime Minister Jacinda Ardern following the attack should be an example to world leaders.

New Zealand’s foreign minister arrived in Turkey early Friday for “substantial” talks after comments made by Erdogan over the killing sparked a diplomatic spat between the nations.

Representatives from the UN, the European Union, and the Organization for Security and Cooperation in Europe (OSCE) also participated in the event.

Among the victims of the terrorist attack were nationals from Syria, Jordan, India, the United Kingdom, Saudi Arabia and Egypt.