The Chief purpose of Muslims is combat against dictatorship 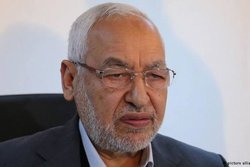 The Chairman of Tunisian Ennahdha Movement, mentioning that Islam doesn’t oppose democracy and freedom, said, “the chief purpose of Muslims is combat against dictatorship”.

RNA - Rached Ghannouchi, the chairman of the Tunisian Ennahdha Movement, delivering Speech in the “Arab Spring and the Experience of Ennahdha” conference held in Istanbul , said, “Islam has never opposed freedom; on the contrary, dictatorship and the totalitarian regimes has inflicted the greatest damages to democracy”.

Ghannouchi continued, “In the history, Muslim nations, having positive energy and motives, have played the role of example for other nations. Council and consultation have long been a principle in Islam, and then, such principles were borrowed by the West”.

The chairman of Ennahdha Movement said, “We don’t fear human rights, majorities, and freedom of speech and media. In the past, some cities such as Cordoba, Shiraz and Baghdad, as the centers of Muslims, enjoyed freedom”.

Regarding his running for presidency, he said, “we haven’t reached a consensus concerning the presidential election, but I am not inclined to run”.

He then said, “Parties don’t share a same stance. Some Tunisian parties don’t have a good position toward Ennahdha party”.

Finally he said, “We are the southern neighbor of the Europe, and any threat posed to Tunis, is a threat to the countries of the said continent. The absence of oil reserves (the cause of attack to Libya.) in our country is what secures us and prevents the world powers from attacking our country”.