Bin Salman will leave the political scene in the near future 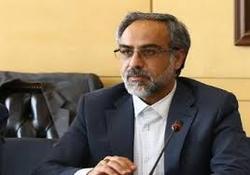 Rasa – The deputy chairman of the National Security and Foreign Policy Commission in Iran’s ‎Parliament believes that the recent events indicate a decline in the position of Muhammad ‎Bin Salman and in the near future he will leave the political scene.‎

RNA – In an exclusive interview with Rasa News Agency, Kamal Dehghani-Firouzabadi, the ‎deputy chairman of the National Security and Foreign Policy Commission in the Islamic ‎Consultative Assembly, spoke about the goals of recent trip by Muhammad Bin Salman, the ‎Crown Prince of Saudi Arabia,‎‏ ‏to Pakistan, India and China and said, “It seems that the era ‎of Bin Salman has come to an end.”‎
‎ ‎
The representative of the people of Taft and Meybod in the Islamic Consultative Assembly ‎‎continued, “The position of Bin Salman has been severely shaken and he no longer has any ‎legitimacy in the international arena. In recent years, the Crown Prince of Saudi Arabia has ‎supported a large amount of terrorist acts that even his supporters have spoken out ‎against.”‎

Recalling the crimes perpetrated by the Saudi regime in their war against Yemen, he said, “If ‎the International Criminal Court (ICC) refers the case of Bin Salman to the United Nations ‎Security Council in regard to the Yemeni war, he will certainly be prosecuted as a war ‎criminal.”‎
‎ ‎
Dehghani-Firouzabadi‎ said, “Bin Salman has ordered attacks on hospitals, mourning ‎ceremonies, schools and places filled with ordinary people in the Yemeni war. All of this is a ‎red line in war and it will surely trouble him.”‎

Referring to the case of Jamal Khashoqji, the Iranian politician said, “The case of the murder ‎of Khashoqji, which occurred under the direct command of Bin Salman, has been condemned ‎throughout the world and in the near future, this issue will grab the Crown Prince by the ‎throat.”‎
‎ ‎
Referring to the internal situation in Saudi Arabia, he said, “Inside Saudi Arabia, actions ‎outside the normal course by Bin Salman have led to widespread arrest of the princes and he ‎no longer has any legitimacy among the Saudi ruling body. The important thing about Bin ‎Salman is that while he claims to fight corruption, he is not a healthy person at all.” ‎

Dehghani-Firouzabadi stated, “Bin Salman has created very limited reforms in Saudi Arabia, ‎which in no way can make this level of change acceptable to him.”‎

Tags: Dehghani-Firouzabadi Saudi Ara ibn Salman
Short Link rasanews.ir/201rSW
Share
0
Please type in your comments in English.
The comments that contain insults or libel to individuals, ethnicities, or contradictions with the laws of the country and religious teachings will not be disclosed