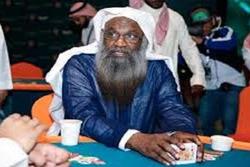 The ex-prayer-leader of Masjid al-Haram retreated from his Fatwa announcing singing Haram (forbidden) to coordinate with the programs of Bin Salman for holding thousands of music concerts across Saudi Arabia.

RNA - The ex-prayer-leader of Masjid al-Haram retreated from his Fatwa announcing singing Haram/forbidden to coordinate with the programs of Bin Salman for holding thousands of music concerts across Saudi Arabia.

According to Rasa NA, Adil al-Kabani, the prominent Saudi propagandist and the ex-pray-leader of Masjid al-Haram, delivering a speech, retreated from his Fatwa announced singing Haram/forbidden.

He announced, “Although I previously issued a Fatwa as singing is Haram, but I have changed my mind, and such a change is not wrong.”

The political observers believe that the retreat made by al-Kalbani, shortly afterwards a wave of music and singing celebration launched in Saudi Arabia, was done due the green light given to him by Bin Salman.

It is noteworthy that, in the last Christian year, Saudi authorities announced that more than 5 thousand entertainment programs, including music concerts and some other celebrations are on the schedule of the Saudi General Authority of Entertainment.