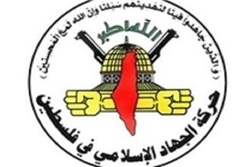 Palestinian resistance movement Islamic Jihad announced that it has developed missiles that could strike Israeli-occupied Jerusalem al-Quds, Tel Aviv, Netanya and even farther targets inside the occupied territories.

RNA - A senior member of the military wing of the Islamic Jihad movement, al-Quds Brigades, made the comment in a documentary, which was broadcast on Iran's Arabic-language al-Alam news channel.

The official stressed that Islamic Jihad is now in possession of more precise missiles.

The documentary also filmed the military drills of al-Quds Brigades conducted to stimulate how the resistance group would storm an Israeli military base and completely purge it, using heavy weapons.

According to the documentary, the attack would be a part of the group’s reaction to any aggression on the besieged strip.

According to Fars News Agancy, Israel has launched several wars on the Palestinian coastal sliver of land, the last of which began in early July 2014. The military aggression, which ended in late August 2014, killed nearly 2,200 Palestinians. Over 11,100 others were also wounded in the invasion.

Tags: Islamic Jihad Israel Palestinian
Short Link rasanews.ir/201rPZ
Share
0
Please type in your comments in English.
The comments that contain insults or libel to individuals, ethnicities, or contradictions with the laws of the country and religious teachings will not be disclosed