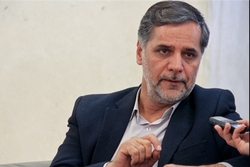 A senior member of the Iranian parliament's National Security and Foreign Policy Commission praised the country's missile development strategy, underlining that the missile power has deterred attacks by the US and Israel against Iran.

RNA - "The world arrogant powers and the Zionist regime do not dare to make an aggression against the Iranian nation for the fear of missiles and the mighty Islamic Revolution Guards Corps (IRGC)," Seyed Hossein Naqavi Hosseini said in the Western city of Sanandaj on Monday, addressing the annual nationwide February 11th rallies marking the 40th anniversary of the victory of the Islamic Revolution.

He also referred to Iran's huge scientific, technological and military progress, and underlined that the country is now standing among the superior powers of the world in many fields.

Iran has not only gained self-sufficiency, but also mastered manufacturing different types of missiles and weapons, but it has capped the range of its missiles to a maximum range of 2,000km.

Yet, after the US retreat from the nuclear deal and European states' pressures and insistence on talks with Iran to limit its missile program, several top military commanders in Tehran warned that such pressures could backfire.

Officials have not revealed any further details about the plant. The IRGC had earlier displayed missile towns where hundreds of its ballistic missiles have been deployed, but this is the first time that it has displayed an underground missile production plant.

During the unveiling ceremony, IRGC top commander said, “Mass production of precision and intelligent missiles according to the world’s latest technology, which is the culmination of progress of the country in missile production field, has been realized at the unflinching effort of domestic engineers in IRGC Aerospace Force.”

Pointing to the unveiling IRGC’s underground ballistic missile production facility for the first time in the country, he said, “Giving a harsh response to baseless and unfounded remarks of Western countries is the main objective behind unveiling country’s advanced ballistic missile.”

General Jafari said Iran declares its full defensive power at the threshold of 40th victory anniversary of the Islamic Revolution, adding, "Iran’s defensive capability is deterrent and is in line with maintaining national security, so that country’s defense power is nonnegotiable.”

The footage released to the media, displayed production of Iran's new surface-to-surface ballistic missile, Dezful. The new ballistic missile has a range of 1,000 kilometers and a 450-kilogram warhead. Dezful is a version of the Zolfaghar missile that has a 700km range.

The missile is due to be delivered to the IRGC Aerospace Force.

Tags: Iran Israel IRGC Missile
Short Link rasanews.ir/201rMk
Share
0
Please type in your comments in English.
The comments that contain insults or libel to individuals, ethnicities, or contradictions with the laws of the country and religious teachings will not be disclosed