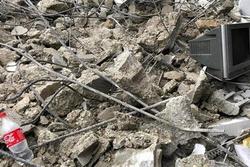 Israeli regime forces have demolished a Palestinian house in a village in the occupied West Bank city of Bethlehem, displacing its inhabitants of five.

RNA - The Palestinian Ma’an news agency reported on Monday that dozens of heavily-armed Israeli soldiers escorted bulldozers to the northern part of the village of al-Walajah in Bethlehem and demolished a 100-square-meter property there.

The house was owned by a Palestinian named Majdi Shweiki, and he lived there with his family, according to local sources.

The Israeli authorities frequently demolish Palestinian buildings and structures in the area, with Bedouin and herding communities being particularly vulnerable to that practice.

International bodies and rights groups say Israeli demolitions of Palestinian structures in the occupied West Bank and East Jerusalem al-Quds are an attempt to uproot Palestinians from their native territory and confiscate more land for the expansion of illegal settlements.

Israel has been occupying the West Bank, including East al-Quds, since 1967. Ever since, it has been building settlements throughout the land, in a move condemned by the United Nations (UN) and considered illegal under international law.

In a separate report a day earlier, Ma’an said that an Israeli settler had attacked a journalist in the southern occupied West Bank city of al-Khalil (Hebron).

The journalist, named Issa Amr, said the attacks and assaults against locals and internationals are a proof of the Israel’s apartheid and ethnic cleansing policy in al-Khalil.

Ghassan Daghlas, the Palestinian Authority (PA) official in charge of monitoring Israeli settlement policy in the northern part of the West Bank, told the news agency that the extremist settlers smashed the windows of several Palestinian vehicles parked in front of Palestinian homes in the northern area of Huwara.

Daghlas said that Israeli settlers had organized a protest in Nablus City, sealing off several roads.

Israel’s continued settlement expansion on Palestinian territories has been a major sticking point in Israeli-Palestinian talks, which have stalled since 2014.

847/940
Tags: Palestinian Israel settlement
Short Link rasanews.ir/201rMg
Share
0
Please type in your comments in English.
The comments that contain insults or libel to individuals, ethnicities, or contradictions with the laws of the country and religious teachings will not be disclosed