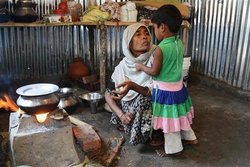 The Human Rights Watch (HRW) rejected a Myanmar claim that there was "no evidence" to suggest its armed forces had raped Rohingya women.

RNA - Earlier this week, the Myanmar government submitted to the UN a report on the situation of women and girls in the Northern Rakhine State saying no acts of rape had been committed by the army, Anadolu Agency reported.

Myanmar was asked in late 2017 by the UN Committee on the Elimination of Discrimination again Women (CEDAW) to submit a report on the situation of women and girls in Rakhine State, where the Myanmar army has killed thousands of minority Rohingya Muslims.

The statement added that the evidence was compiled by HRW, other human rights organizations, the media, and the UN “uncovered gruesome accounts of rape, killings, and other crimes against humanity” in Rakhine State.

“Hundreds of Rohingya women and girls … were raped. I spoke to dozens of them. They risked both renewed trauma and stigma --- with little real hope of remedy --- to tell their stories. A 15-year-old girl, for instance, said soldiers dragged her out of her hut, tied her to a tree, and then raped her,” Skye Wheeler, a researcher in its women's rights division, stated.

According to Amnesty International, more than 750,000 Rohingya refugees, mostly women and children, have fled Myanmar and crossed into Bangladesh after Myanmar forces launched a crackdown on the minority Muslim community in August 2017.

In a report, UN investigators noted that such violations may have constituted crimes against humanity.