Israel to Seize 1,000 Dunums of Land in Jerusalem 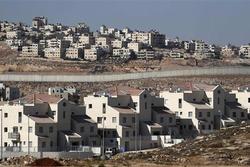 RNA - Head of the Palestinian Land Defense Committee in Jerusalem Bassam Bahar said in press statements that Israel is intending to seize over 1,000 dunums of Palestinian agricultural land in favor of this project, Palinfo reported.

Bahar explained that the project is aimed at linking several Israeli settlements in the area through a new road network.

The United Nations Office for the Coordination of Humanitarian Affairs (OCHA) has reported that Israel’s demolition and confiscation of Palestinian-owned structures in the West Bank soared by 10 percent last year as the Tel Aviv regime continues with its land expropriation policies in the occupied territories in blatant defiance of international law.

Since 1967, the Israeli regime has been enforcing the draconian policy of demolishing the homes of those Palestinians who are deemed by Tel Aviv to be behind fatal attacks against Israeli settlers. The practice, however, was temporarily halted from 2005 to 2014, with the exception of 2009, when scores of homes were sealed and razed in East Jerusalem al-Quds.

Nevertheless, in 2014 Israeli Prime Minister Benjamin Netanyahu announced as a policy the resumption of demolitions in the occupied West Bank.

Tel Aviv has been occupying the West Bank, including East Jerusalem al-Quds, since taking the Palestinian territory by force in 1967. Ever since the occupation, it has been propping up settlements throughout the land, in a move condemned by the United Nations, and considered illegal under international law, which bans construction on occupied territory.

The occupied Palestinian territories have witnessed new tensions ever since US President Donald Trump announced his decision in December 2017 to recognize Jerusalem al-Quds as Israel’s capital and relocate the US embassy in Israel from Tel Aviv to the occupied city.

Tags: Israel West Bank Jerusalem settlement Palestinian
Short Link rasanews.ir/201rKn
Share
0
Please type in your comments in English.
The comments that contain insults or libel to individuals, ethnicities, or contradictions with the laws of the country and religious teachings will not be disclosed