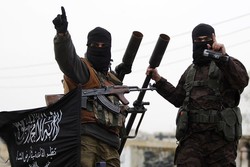 RNA - The New York-based rights group said on Monday that it had documented 11 cases in which HTS, which is a coalition of different factions of terror outfits, largely composed of Jabhat Fateh al-Sham, “detained Idlib residents, apparently because of their peaceful work documenting abuses or protesting the group's rule.”

“Six of those detained were apparently tortured,” including a 16-year-old boy, it said in a statement.

“One man described being hung from a pole upside down for hours during interrogation,” it added.

Another detainee said he was locked up in something similar to a coffin for three hours, while a third said he was pushed through a tire and beaten incessantly.

“The maximum you can do is to move your shoulders a bit. And scream for help. But on several occasions, they stuffed things in my mouth so I can't scream. I used to lose my consciousness a lot,” the captive told HRW.

Seven of those interviewed by Human Rights Watch said they were media activists or journalists, who had taken part in or covered protest rallies against HTS, or were working with foreign media outlets.

Four were forced to sign a document, pledging they would no longer film or report on the militants.

According to Press TV, HRW then demanded the immediate release of all unlawfully held prisoners, including four still being held or missing among the 11 cases documented.

“There is no legitimate excuse for rounding up opponents and arbitrarily detaining and torturing them,” Lama Fakih, the deputy Middle East director at HRW, said.

Tags: terrorist torture Syria HRW
Short Link rasanews.ir/201rIY
Share
0
Please type in your comments in English.
The comments that contain insults or libel to individuals, ethnicities, or contradictions with the laws of the country and religious teachings will not be disclosed