Iran is a strategic power of the region 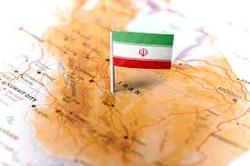 Rasa – In an editorial comparing Saudi Arabia and Iran, the al-Quds al-Arabi newspaper ‎‎said, “Forty years since the victory of the Islamic Revolution, Iran has now become ‎‎strategic regional power.”‎

RNA – In an editorial, the al-Quds al-Arabi newspaper, an independent pan-Arab daily ‎‎newspaper, wrote about the upcoming fortieth anniversary of the victory of Iran’s ‎‎Islamic Revolution, saying, “In the past forty years since the victory of Islamic ‎‎Revolution, Iran has been able to turn into regional strategic power and create ‎‎engagement with every superpower in the world. In this regard, it will formulate its ‎‎strategy based on the taking of important regional cases.”‎

al-Quds al-Arabi compared Iran and Saudi Arabia, saying, “While Saudi Arabia has one ‎‎of the most modern arsenal of weapons in the region, Iran has been able to adopt its ‎‎policies based on playing a great regional role through a stronger strategy than the ‎‎Saudis.”‎

The newspaper continued, “Dominance over geographic reaches and expanses of the ‎‎most important parts of the [Middle East] region is one of the achievements that ‎‎Iranian leaders achieved after the Islamic Revolution. The country, with its domination ‎‎over Iraq, Syria and its influence in Yemen and Lebanon, managed to increase its ‎‎influence to the Mediterranean Sea, the Arabian Sea and the Red Sea in addition to the ‎‎Caspian Sea and the Persian Gulf.”‎
‎
‎112/‎979‎

Tags: al-Quds al-Arabi Newspaper Iran Saudi Arabia
Short Link rasanews.ir/201rIQ
Share
0
Please type in your comments in English.
The comments that contain insults or libel to individuals, ethnicities, or contradictions with the laws of the country and religious teachings will not be disclosed