Leader Offers Condolences over Loss of Lives in Air Crash 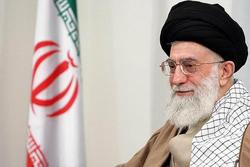 Supreme Leader of the Islamic Revolution Ayatollah Seyed Ali Khamenei, in a message of condolence on Tuesday, offered sympathies to the nation and bereaved families over the loss of 15 lives in a plane crash in West of Tehran, and urged authorities to probe into and deal with any probable weaknesses and errors.

RNA - In a Tuesday message, Leader expressed deep regret and heartfelt condolences over the death of a number of Army personnel who were part of a crew on board of a cargo plane that crashed in Alborz Province, around 40 kilometers West of Tehran, on Monday morning.

He also asked God patience and rewards for families of victims.

Ayatollah Khamenei ordered the responsible organs to look closely into the crash and take the necessary measures to prevent such tragic, irreparable accidents from happening in the future.

In his message, Jahangiri expressed deep regret and extended heartfelt condolences over the death of a number of Iranians in the cargo plane crash in Alborz province.

Rescue teams extinguished the fire erupted after the plane crash taking a survivor to a local hospital and 15 corpses to morgue.

Apparently, the pilot had mistaken the small Fath military Airport, in a 12 kilometer distance from the destined International Payam Airport.

As the runway of the small air field was 1.3 kilometers, 2.5 kilometers shorter than the runway of the intended airport, the plane with 16 people on board has seemingly run out of the path, hitting the wall of the air base, intruding into the adjacent residential area.

A helicopter and a bus ambulance, along with a couple of pickup ambulances, and several rescue teams were sent to the crash site immediately by Iran’s Red Crescent Society and medical centers in the neighboring areas.

According to Fars News Agancy, head of the Emergency Organization of Iran Pirhossein Kowlivnd announced that the crash has claimed the lives of 15 people on board. The flight engineer survived the tragic event and is in hospital.

"One of the people who was killed during the tragic event was a woman," he added.

“Nobody was in the house hit by the plane,” the official went on to say.

The Head of Forensic Medicine Organization of the province Hamid Davoudabadi said that 10 out of the 15 bodies have been identified and the remaining corpses are being examined for identification.

“There are doubts about the identities of other bodies and we are going to determine their identity by conducting medical measures. Their names will be announced after final reviews,” the official reassured.

The public relations department of Iran’s army issued an announcement confirming that the aircraft belonged to the body.

The transportation units of Iran’s Air Force and Iran’s Army offer civil services in the time of peace to preserve their capabilities.

Tags: Leader Ayatollah Khamenei Iran cargo plane crash
Short Link rasanews.ir/201rFh
Share
0
Please type in your comments in English.
The comments that contain insults or libel to individuals, ethnicities, or contradictions with the laws of the country and religious teachings will not be disclosed