Manslaughter, Defeat Only Achievements of Saudi Arabia in War on Yemen 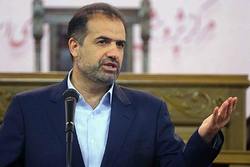 Head of Iran-Europe Parliamentary Friendship Group Kazzem Jalali, in a Tuesday meeting with Finnish Ambassador to Tehran Keijou Incio Norvanto, condemned Saudi brutalities against innocent women and children in Yemen, and called for joint efforts to resolve such regional crises.

“Dialogue is an effective approach to resolve regional issues and Tehran has since the very beginning highlighted the importance of dialogue to solve issues in countries like Syria and Yemen,” the legislator underlined.

“However, to solve the problem of the region, it is necessary to first know the region well and then find the causes of the issues in the region,” he added.

Touching upon the problems caused by Saudi interference in Yemen, Jalali asserted that the first step to solve the issue in the war-torn country is to stop militancy and military measures in the Arab country.

“It will pave the way for the second phase where Yemeni-Yemeni dialogue has to start to let the Yemenis themselves determine the fate of their country,” he highlighted.

“Saudi Arabia’s military presence in Yemen does not secure Riyadh’s interests, because the monarchy believed that it will conquer Yemen in a space of couple of weeks but 4 years of Yemenis’ resistance has brought nothing but defeat for the kingdom,” elaborated the lawmaker.

He underlined that Saudi Arabia has so far reaped nothing but killing innocent men, women, and children, and destruction of the infrastructures of its poor neighboring country.

Norvanto, for his part in this meeting, hailed Iran’s role in settling regional conflicts and called for tapping into Tehran’s potentials for alleviating tensions in the Middle East.

According to Fars News Agancy, Saudi Arabia and its allies, including the United Arab Emirates, Morocco, and Sudan, launched a brutal war against Yemen in March 2015 in an attempt to reinstall Yemen’s former president Abd Rabbuh Mansur Hadi.

The aggression initially consisted of a bombing campaign but was later coupled with a naval blockade and the deployment of ground forces to Yemen. Around 20,000 people have died since the war began, says Yemen’s Health Ministry.

The Saudi-led war has also taken a heavy toll on the country’s infrastructure, destroying hospitals, schools, and factories. The United Nations (UN) has said that a record 22.2 million Yemenis are in dire need of food, including 8.4 million threatened by severe hunger.

Tags: Kazzem Jalali Iran Europe Saudi
Short Link rasanews.ir/201rFf
Share
0
Please type in your comments in English.
The comments that contain insults or libel to individuals, ethnicities, or contradictions with the laws of the country and religious teachings will not be disclosed