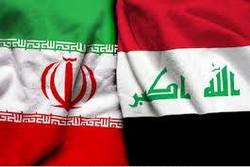 Iranian Foreign Minister Mohammad Javad Zarif has commended Iraq's positive stance on the promotion of ties with Iran, saying the two countries have managed to foil US bids to sabotage mutual relations.

RNA - "After [achieving] victory against Daesh, some countries, including the US, have created certain problems in the way of the two countries' cooperation, but fortunately, they were defused thanks to the wisdom of the two countries' officials," Zarif told reporters upon his arrival in the Iraqi capital of Baghdad on Sunday.

Iran's top diplomat praised the Iraqi government's positive stance on unilateral sanctions imposed by the United States against the Iranian nation and noted that he plans to hold talks with senior officials of the Arab country about ways to further boost cooperation.

Zarif called the US a "losing horse" and recommended countries not to lay bet on a losing horse.

"The US has faced failure over the past 40 years in its policies against the Iranian people," Zarif said.

The Iranian foreign minister also noted that he would attend three trade meetings between the economic agents of the two countries’ private sectors in the Iraqi cities of Baghdad, Karbala and Sulaymaniyah.

No interference allowed in Tehran-Baghdad ties

The Iranian minister said Tehran and Baghdad enjoy solid relations, stressing that the two sides do not allow anyone to interfere in their ties.

"Relations between Iran and Iraq are not harmful to anybody and for this reason, we do not allow anyone to interfere in them," Zarif said in a joint press conference with Iraqi Minister of Foreign Affairs Mohamed Ali Alhakim.

Zarif noted that he had held very important talks with his Iraqi counterpart mainly on mutual relations in various sectors such as trade, politics, tourism, health, pilgrimage and regional developments as well as cooperation in international organizations, saying that the two countries have a very close stance on these issues.

The top Iranian diplomat hailed Iraq's efforts to help the normalization of relations between the Arab world and Syria and its support for Damascus rejoining the Arab League.

He said Iran and Iraq emphasized the importance of maintaining Syria's territorial integrity and threw their weight behind the peace process in Yemen aimed at ending the ongoing war in the impoverished country.

The Islamic Republic believes that support for the Israeli regime poses the main danger to the region, Zarif said, adding that all nations back the Palestinian people's cause.

The Iraqi foreign minister said for his part that he and his Iranian counterpart had discussed various issues regarding bilateral relations and regional developments.

Alhakim added that cooperation in fighting terrorism in Syria, management of land and maritime borders, emphasis on the national sovereignty and territorial integrity of Syria and underlining the importance of implementing the Stockholm agreement on the Yemen war were highlights of the two foreign ministers’ discussions.

In another part of his remarks, the Iraqi foreign minister said despite unilateral sanctions imposed by the United States against Iran, Baghdad will continue economic cooperation with Tehran.

“There are historical, friendly and brotherly relations between the two countries and expansion of political and economic collaboration will be beneficial” to both countries, Alhakim noted.

US President Donald Trump withdrew his country in May 2018 from the landmark nuclear deal with Iran, which is officially known as the Joint Comprehensive Plan of Action (JCPOA), and decided to re-impose unilateral sanctions against Tehran.

Last November, the Trump administration announced the re-imposition of the “toughest” sanctions ever against Iran's banking and energy sectors with the aim of cutting off the country's oil sales and crucial exports.

According to Press TV, A first round of American sanctions took effect in August, targeting Iran's access to the US dollar, metals trading, coal, industrial software, and auto sector.

Heading a high-ranking politico-economic delegation, Zarif arrived in Baghdad on Sunday on a four-day visit.

The visit comes a few days after the Iranian foreign minister traveled to India, where he exchanged views with the country's officials on financial and banking cooperation, energy and transit.

Back in November, Iraqi President Barham Salih paid a two-day visit to Tehran at the head of a delegation at a sensitive time when the US was pressuring regional countries to go along with Washington in “squeezing” Iran under the sanctions re-imposed on the Islamic Republic.

In a post on his official Twitter account, Zarif expressed delight at the visit by the Iraqi president and his accompanying delegation, saying Iran and Iraq were committed to win-win cooperation.

"Constructive exchanges on next steps to work together towards regional peace & security," Zarif said.

Tags: Zarif Iran Iraq US
Short Link rasanews.ir/201rFH
Share
0
Please type in your comments in English.
The comments that contain insults or libel to individuals, ethnicities, or contradictions with the laws of the country and religious teachings will not be disclosed