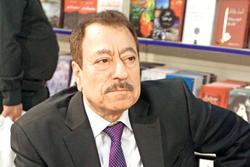 Abdel Bari Atwan, the editor-in-chief of Ray al-Youm newspaper, underlined that the US-sponsored anti-Iran conference in Warsaw next month will have the same fate as the meetings held by the so-called 'Friends of Syria' to weaken and overthrow Bashar al-Assad's government.

RNA - "The anti-Iran conference proposed to be held in Poland next month to study the Middle-East issues and confront Iran reminds us of the Friends of Syria conferences held in several Arab and western states with the participation of over 65 countries, headed by the US," Atwan wrote on Sunday.

He questioned the possibility for the success of the Poland conference to change the government in Iran when a series of Friends of Syria conferences failed to overthrow President Assad.

"We, who never expected since the very first day the Friends of Syria conferences to yield success, now have deep doubts about this one too," Atwan added.

US Secretary of State Mike Pompeo told Fox News that Washington would jointly host a global summit focused on Iran and the Middle East next month in Poland.

The international gathering will take place in Warsaw from February 13 to 14, the US State Department said in a statement.

Iranian Foreign Minister Mohammad Javad Zarif lashed out at the anti-Iran conference, describing it as a “desperate circus” that will disgrace the participants.

“Reminder to host/participants of anti-Iran conference: those who attended last US anti-Iran show are either dead, disgraced, or marginalized. And Iran is stronger than ever,” Zarif said in a Friday tweet.

According to Fars News Agancy, Zarif also strongly criticized the Polish government for hosting the conference, reminding Warsaw of thousands of Polish refugees saved by Iran during the Second World War.

“Polish Govt. can't wash the shame: while Iran saved Poles in WWII, it now hosts desperate anti-Iran circus,” he went on to say.

Also, Secretary of Iran's Supreme National Security Council (SNSC) Ali Shamkhani underlined that the anti-Tehran conference indicated that the US sanctions against Iran had yielded no results.

"Turning sanctions with utmost pressures into seminar and congress means that you are empty-handed‌," Shamkhani told reporters in Tehran on Saturday.

His remarks alluded to the US administration's attempts to put utmost pressures on Iran through sanctions.

Tags: Iran US Poland Atwan
Short Link rasanews.ir/201rFE
Share
0
Please type in your comments in English.
The comments that contain insults or libel to individuals, ethnicities, or contradictions with the laws of the country and religious teachings will not be disclosed