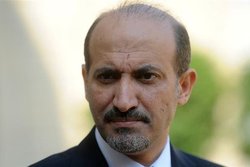 The head of a foreign-backed Syrian opposition group says he is ready to visit Damascus for talks with the government following reports that the United States has started withdrawing its troops from the country.

RNA - Ahmad Jarba, leader of the Cairo-based Tomorrow Movement, made the announcement during a visit to Baghdad, Lebanon’s al-Mayadeen television channel reported on Sunday.

He said he expected the Iraqi government to help establish dialog with Syrian authorities, the channel said, citing Jarba.

Jarba’s group supports tribal militants within the so-called Syrian Democratic Forces (SDF) which is mostly comprised of Kurdish militants armed and equipped by the United States.

“The initiative that he plans to suggest to the Syrian government envisages the creation of tribal groups to protect the border with Iraq following the withdrawal of US military forces from Syria,” al-Mayadeen added.

US President Donald Trump last month unexpectedly unveiled his plan to withdraw troops from Syria, with US military spokesman Colonel Sean Ryan announcing on Friday that the pullout had begun.

Pentagon officials later said the US military had started withdrawing some equipment, but not yet troops, amid continuing confusion over Washington's claims to disengage from the complex war which it has helped to drag on.

Washington and many of its Western and regional allies have been supporting militant and terrorist groups in a bid to topple the Syrian government since 2011.

Damascus, however, has decisively pushed against the violent outfits with the help of its allies, most notably Russia and Iran as well as Lebanon's Hezbollah.

The combined effort has reversed the trend of the conflict in favor of the Arab country, which has now re-established control over much of the territories held by terrorists.

Recent calls by Syrian Kurds for a deal with the Syrian government regardless of US plans for withdrawal, could perhaps mark the most important milestone in the war if the negotiations bear fruit.

If a deal is reached, the two biggest chunks of Syria splintered by seven years of war will be pieced together, leaving only a small corner in the northwest in the hands of Turkish-backed militants.

According to Press TV, Jarba was among the organizers of the first round of intra-Syrian talks in Geneva in 2014, and supported the idea of holding the Congress of the Syrian National Dialog, which took place in Russia’s Black Sea resort city of Sochi last January.

His request to go to Damascus came after Saudi-backed militant groups called on world nations to stop rebuilding ties with the government of Syrian President Bashar al-Assad.

Nasr al-Hariri, the head of the so-called High Negotiations Committee (HNC), said this month he was surprised that some Arab leaders who used to support anti-Assad forces in the past, were now seeking reconciliation with Damascus.

Last month, Sudanese President Omar al-Bashir became the first Arab head of state to pay an official visit to Damascus and sit down for talks with Assad.

Bashir currently has very intimate relations with Saudi Arabia and the United Arab Emirates and many analysts believe he would not have visited Damascus without coordinating it with Riyadh.

His visit was followed by the UAE and Bahrain re-opening their embassies in the Syrian capital and reports that Saudi Arabia, Jordan and Egypt were also considering normalizing relations with Syria.

Tags: Damascus foreign-backed Syrian opposition group Baghdad Syria Iraq
Short Link rasanews.ir/201rF7
Share
0
Please type in your comments in English.
The comments that contain insults or libel to individuals, ethnicities, or contradictions with the laws of the country and religious teachings will not be disclosed