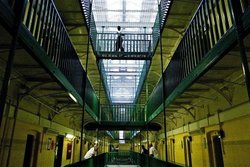 A former prison governor in Britain has called on authorities to separate terrorism convicts from other inmates, saying jails in the country have become “incubators” of extremist and radical behavior.

RNA - Ian Acheson, who had led an official review into extremism in UK prisons, said Thursday that the government had repeatedly ignored calls for a separation of the most subversive offenders from other inmates in UK prisons.

“Prisons in the UK, in particular in England and Wales, have become incubators of extremism,” Acheson wrote in an essay.

“Policymakers can and must at least remove those most able to capitalize on this chaos by spreading the message of violent extremism.”

The former prison official said nearly half of those convicted for terrorism-related activities in the UK last year entered overcrowded and squalid prison facilities where thousands of other inmates are held.

He added that many of those convicts become even more determined in their extremist behavior as they mostly end up in circles of friends who offer them protection while prison authorities fail to provide any special treatment.

“Individuals who pose a threat must not be allowed to weaponize the grievances of those in search of meaning and excitement,” said Acheson who led an independent government review of extremism in prisons and probation in 2016.

According to Press TV, British authorities recorded a five-percent increase in the number of people in custody for terrorism-related offenses in 2018. However, police and security services have regretted the fact that they have been dealing with a surge in the number of convicted terrorists released from prison.

The Guardian newspaper estimated in a Thursday report that around half of those held for terrorism offenses between 2007 and 2016 will be released from UK jails by the end of this year.

Tags: terrorism UK Jail
Short Link rasanews.ir/201rEQ
Share
0
Please type in your comments in English.
The comments that contain insults or libel to individuals, ethnicities, or contradictions with the laws of the country and religious teachings will not be disclosed