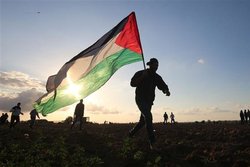 Although Persian Gulf Cooperation Council (GCC) states concur on many policies, such as Syrian government being admitted back into the Arab world, some issues remain unresolved within the council as Kuwait is apparently not following in the footsteps of others to normalize diplomatic ties with the Israeli regime.

RNA - According to a commentary published by the US-based al-Monitor media site, Kuwaiti officials are not on board with their GCC counterparts on establishment of relations with the Tel Aviv regime.

It noted that Kuwait threw its backing behind Lebanon at the UN Security Council on December 19, 2018, saying the Israeli military’s operation to block what it claims are tunnels the Hezbollah resistance movement has dug into the occupied territories are in violation of Lebanese sovereignty.

“Lebanon has been living for years with Israeli violations. Israel has tried to exaggerate this incident militarily, and in the media,” Kuwaiti Ambassador Mansour Ayyad al-Otaibi asid at the time.

Otaibi then condemned "Israeli violations against Lebanese sovereignty, in land, air and sea,” stressing that efforts by Hezbollah to counter Israel are “legitimate” resistance and not terrorism.

The Kuwaiti government even considered opening an embassy in Palestine last year as part of attempts to strengthen its diplomatic presence in the occupied territories.

President of the Kuwait Football Association, Sheikh Ahmad Yussef, recently told the Kuwaiti Arab-language al-Rai daily newspaper that his country would not co-host the 2022 FIFA World Cup soccer tournament with Qatar as the Persian Gulf kingdom would not issue entry visas for Israelis – something that is against FIFA regulation.

Israeli Transportation and Intelligence Minister Yisrael Katz visited Oman on November 4 last year to attend an international transport conference and pitch a railway project that would link the Persian Gulf to the Mediterranean via the Israeli-occupied territories.

Israel’s English-language daily newspaper The Jerusalem Post reported that the two men had discussed ways to advance the so-called Middle East peace process as well as mattes of mutual interest with regard to the region’s stability.

Netanyahu was accompanied by senior officials, including the head of the Mossad spy agency and his national security adviser.

Netanyahu's unpublicized visit to Oman came on the same day that Israeli Culture and Sports Minister Miri Regev traveled to the UAE to accompany Israel’s judo team at the Abu Dhabi Grand Slam 2018.

Regev arrived in Abu Dhabi on October 26, and she participated in the opening ceremony of the international event at the Emirati capital’s Zayed Sports City, Palestinian Arabic-language Ma’an news agency reported.

Her visit to the UAE marked the first of its kind by an Israeli minister to a Persian Gulf littoral state.

Tel Aviv and Abu Dhabi have no diplomatic ties and the UAE does not recognize Israel, but the two sides have increased backchannel cooperation in recent years. There have been numerous reports of growing contacts between Saudi and Israeli officials too.

Among Arab countries, Israel has diplomatic relations only with Egypt and Jordan.

Tags: GCC Kuwait Arab states Israel
Short Link rasanews.ir/201rDq
Share
0
Please type in your comments in English.
The comments that contain insults or libel to individuals, ethnicities, or contradictions with the laws of the country and religious teachings will not be disclosed