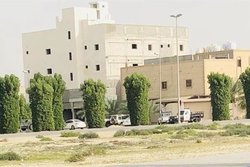 Qatif region in Saudi Arabia has been the scene of fresh bloody violence. Saudi forces have stormed a small village in the Shia-populated region, killing five people and injuring an unspecified number of others.

RNA - Social media users have reported clashes, mortar attacks and shooting in the Umm al-Hamam village on Monday, and have even identified some of the victims.

According to local sources, Saudi forces surrounded the village for about 15 hours. They stormed a number of rural houses, claiming they were searching for a number of wanted people.

Riyadh has suppressed pro-democracy rallies, but they have intensified since January 2016 when the Al Saud regime executed respected Shia cleric Sheikh Nimr al-Nimr.

In 2017, Awamiyah, another Shia-populated Qatif town, witnessed a deadly military crackdown on protests that were being held against the regime’s attempt to raze the historical Musawara neighborhood.

According to Press TV, Saudi rulers claimed the district’s narrow streets served as a hideout for armed men who were behind the attacks on Saudi forces in Eastern Province.

Tags: saudi Qatif Shia
Short Link rasanews.ir/201rDd
Share
0
Please type in your comments in English.
The comments that contain insults or libel to individuals, ethnicities, or contradictions with the laws of the country and religious teachings will not be disclosed