2019 Year of Failure of US Plots, Victory of Resistance Front 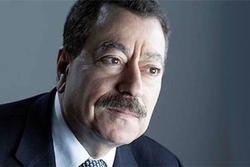 Abdel Bari Atwan, the editor-in-chief of Rai al-Youm newspaper, referred to the withdrawal of the US forces from Syria and the Arab states' decision to reopen their embassies in Damascus, stressing that 2019 will bring failure for Washington and victory for the resistance front.

RNA - "The year 2019 will be the year of victories (for the resistance) and failure for the US plots in the region and return of honor to the regional states," Atwan said in an interview on Friday.

"Syria won because it resisted and the Arab countries are happily reopening their embassies in Damascus. The resistance front gained victory in the region. Israel is in horror now. Hezbollah is growing its power in the region and is in possession of over 150,000 high-precision missiles," he added.

Atwan noted that US President Donald Trump has admitted the useless spending of over $7trillion in the Middle-East, saying that he traveled to the US military base in Iraq, while he feared like a mouse.

Bahrain announced earlier this week that it would resume operations at its embassy in Syria amid new efforts by Persian Gulf states to improve relations with Damascus as the war against foreign-backed Takfiri terrorists winds down.

According to a government source in Damascus, Kuwait would also reopen its embassy in Syria in the next 10-14 days.

The United Arab Emirates (UAE) officially reopened its embassy in Damascus on Thursday.

The UAE closed its embassy soon after the Syrian conflict erupted in 2011, and Abu Dhabi was long considered a sponsor of the many militant groups that poured into the Arab country from across the region and beyond to fight to bring down the government of President Bashar al-Assad.

Nearly seven years later, and with government forces having regained control of the majority of Syria, the UAE flag was raised again at the building in the Abu Rummaneh district of Central Damascus during a ceremony on Thursday attended by diplomats and journalists.

Tags: Atwan US Resistance Front
Short Link rasanews.ir/201rAo
Share
0
Please type in your comments in English.
The comments that contain insults or libel to individuals, ethnicities, or contradictions with the laws of the country and religious teachings will not be disclosed