Rasa - The Syrian government has strongly condemned the municipal elections in Golan Heights, stating that the Tel Aviv regime is seeking to legitimize its occupation and land expropriation policies there through such attempts. 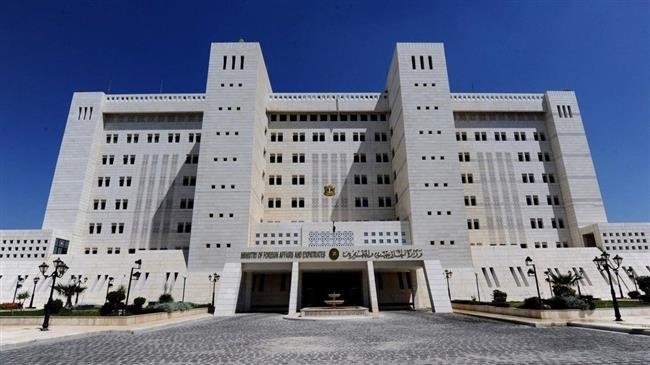 RNA - The Syrian Ministry of Foreign Affairs and Expatriates, in two separate letters addressed to United Nations Secretary General Antonio Guterres and the rotating president of the UN Security Council, Sacha Llorenty, on Tuesday, stated that Israel is trying to advance its Judaization plans and enforce its own law in the occupied territory.

“Syria reiterates that the occupied Golan Heights is an integral part of its soil; and it will work to return the terrain to the motherland sooner or later by all possible means. The government also fully supports the Syrian nation’s resistance in the face of the Israeli occupation, and rejects the illegal elections in the Golan Heights,” the letters read.

“Syria calls on the UN Security Council to act urgently and safeguard international peace and security by condemning the Israeli aggression on Syrian citizens in the occupied Golan Heights. It should also oblige Israel to respect relevant UN Security Council resolutions, and to stop its illegal settlement policies and repressive measures against our people in the area,” the Syrian foreign ministry pointed out.

Israel captured the Golan from Syria in the 1967 Six Day War and kept the territory under military rule until 1981, when the Knesset overwhelmingly voted in favor of annexing it and applying Israeli law there.

The international community does not recognize Israel’s annexation of the Golan Heights, and the United Nations Security Council has declared it “null and void.”

According to Press TV, Prime Minister Benjamin Netanyahu has rejected the international opposition, and has stated that the occupied territory “will forever remain under Israel’s sovereignty.”

Around 22,000 Druze Arabs live on the Israeli-occupied Golan. Many of them believe their villages are part of Syria, and strongly support Syrian President Bashar Assad.

Hundreds of Druze residents, some carrying Syrian flags, gathered outside the gates of a polling station on Tuesday, trying to block their townspeople from voting in municipal elections.

"The Golan’s identity is Arab and Syrian," chanted the protesters as they put a banner on the entrance reading: "No to elections."

Meanwhile, the elders of the Israeli-occupied Golan Heights have issued a prohibition against candidates standing and people voting, threatening to make outcasts of anyone who took part.

"Candidates and those who come to vote will have a religious and social prohibition put upon them," said Sheikh Khamis Khanjar. "What bigger punishment is there than this?"

Tags: Syria Israel
Short Link rasanews.ir/201qnV
Share
0
Please type in your comments in English.
The comments that contain insults or libel to individuals, ethnicities, or contradictions with the laws of the country and religious teachings will not be disclosed