Rasa - Israeli authorities have approved construction of more than 20,000 new settler units in the occupied West Bank in flagrant defiance of international law and a United Nations Security Council resolution against the Tel Aviv regime’s land-grab policies in the occupied Palestinian territories. 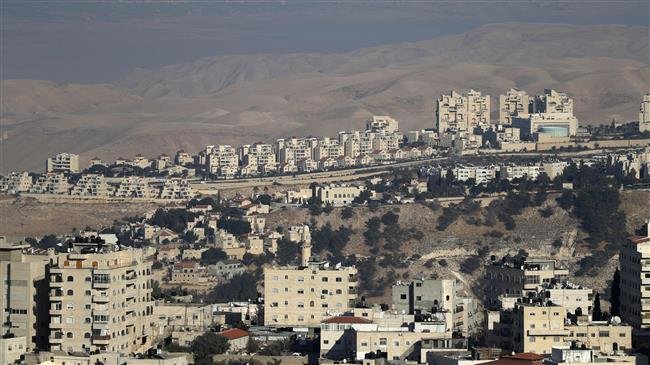 It added that the provocative decision made after a “comprehensive development agreement” reached between Israel’s Ministry of Construction and Housing and the Maale Adumim authorities to construct fresh units in the settlement over the coming years.

Other reports also said that with the signing of the agreement, it would be possible to commence the building of 470 housing units, while the remaining ones, which make up over 19,500 units, are subjected to approval of political parties.

“We welcome the signing of the comprehensive agreement that will lead to the development and substantial increase in the population of Maale Adumim,” said Israeli Minister of Construction and Housing Yoav Galant on Sunday.

“We must continue to strengthen control of the Jerusalem area, from Maale Adumim in the east to Givat Zeev in the west, from Atarut in the north to the Bethlehem area and Rachel's Tomb in the direction of Efrat and Gush Etzion, which are of historical, strategic and national importance,” he stressed.

Maale Adumim is the third largest settlement in terms of population, occupying a large swath of land deep inside the West Bank’s Jerusalem al-Quds district.

Ever since, Tel Aviv has been setting up settlements in the occupied territories and stepping up “security” measures in Jerusalem al-Quds. The Palestinians want its eastern part as the capital of a future Palestinian state.

During the past half century, some 600,000 Israeli settlers moved into settlements in the occupied Palestinian territory of the West Bank, in violation of international law.

Peace Now, an Israeli anti-settlement watchdog that monitors settlement activity in the West Bank, says in the year and a half since American President Donald Trump took office, the construction of 14,454 units in the occupied West Bank has been approved, which is more than three times the amount that was approved in the year and a half before his inauguration, which were 4,476 units.

Tags: Settler Israel West Bank
Short Link rasanews.ir/201qn1
Share
0
Please type in your comments in English.
The comments that contain insults or libel to individuals, ethnicities, or contradictions with the laws of the country and religious teachings will not be disclosed