US sanctions on Hezbollah aim to punish Lebanon: Observers

Rasa - The US has imposed new sanctions on Hezbollah, but observers say Lebanon as a whole will be affected by the punitive measures. 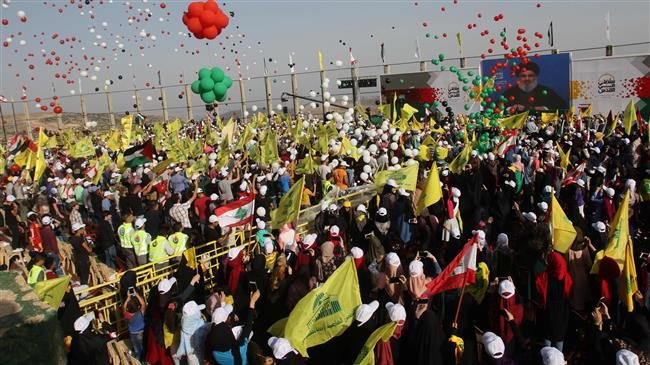 RNA - Earlier this week, the administration of US President Donald Trump imposed a new round of sanctions on Hezbollah targeting individuals and international organizations that do business with the resistance group.

Economist Louis Hobeika said he thought "it is difficult to punish Hezbollah without punishing all of Lebanon."

“No area fully belongs to Hezbollah. The southern suburb of Beirut is not confined to Hezbollah, so how will the sanctions apply here?” Hobeika told Arab News in remarks published Saturday.

Political activist Ali Al-Amin, the director of Janoubia news website, said the outcome of the US decision could be "disastrous" for Lebanon.

“Is the purpose of the sanctions to embarrass the Lebanese government and state?" he wondered.

In the May parliamentary elections, Hezbollah and its political allies won more than half of the seats at the legislature in a major victory for the party.

Former Lebanese lawmaker Fares Souaid told Arab News that the new sanctions are part of a series of US bans meant to "turn the party (Hezbollah) into a burden on the Lebanese after Hezbollah has come forward as a security guarantee for Lebanon."

The US has its Arab allies in the Persian Gulf on board in cranking up pressure on the Lebanese leaders over their association with Hezbollah, and they all take their cue from Israel.

According to Press TV, Israeli leaders have threatened that they would view the Lebanese state as part of Hezbollah in a future war with the resistance movement.

In May, the US Treasury Department imposed sanctions on the Hezbollah leadership jointly with members of the so-called Terrorist Financing and Targeting Center (TFTC), which includes Saudi Arabia, Bahrain, Kuwait, Oman, Qatar and the UAE.

Hezbollah was formed following the Israeli regime’s invasion of Lebanon and the ensuing occupation of its southern parts in 1980s, and currently constitutes Lebanon’s de facto military power.

Since then, the movement has helped the national army retake the occupied regions from Tel Aviv and thwart two Israeli acts of aggression in 2000 and 2006.

The movement has also been playing a significant role in the Syrian army’s fight against Takfiri terror groups, including Daesh and Nusra Front, thus preventing the spillover of the war into Lebanon.

Tags: US Lebanon Hezbollah
Short Link rasanews.ir/201qmy
Share
0
Please type in your comments in English.
The comments that contain insults or libel to individuals, ethnicities, or contradictions with the laws of the country and religious teachings will not be disclosed