Rasa - There seems to be no cut to the streak of young Palestinians being killed by Israeli soldiers at the fence area separating the besieged Gaza Strip from the occupied territories. 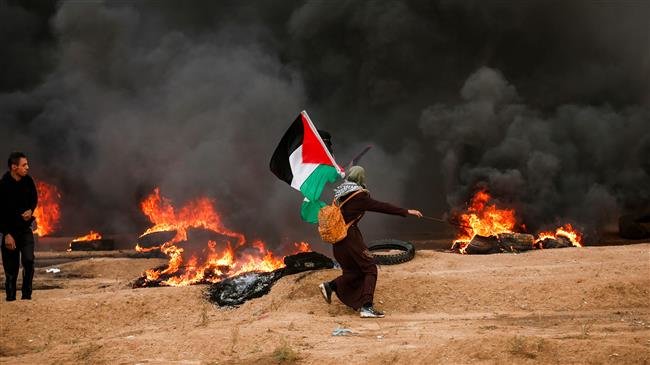 Jabr Ibrahim Abu Hamisa, 25, was also killed in an incident east of al-Bureij refugee camp in central Gaza. The cause of the deadly event was not clear.

Tensions have been running high near the border fence since March 30, which marked the start of a series of protests dubbed “The Great March of Return.” Palestinian protesters demand the right to return for those driven out of their homeland.

In the West Bank city of Ramallah, clashes were reported between the Palestinians and Israeli forces.

The clashes in the village of al-Mazra'a in Ramallah left a Palestinian man killed and an unspecified number of people wounded, sources said.

Tags: Israel Gaza
Short Link rasanews.ir/201qmb
Share
0
Please type in your comments in English.
The comments that contain insults or libel to individuals, ethnicities, or contradictions with the laws of the country and religious teachings will not be disclosed