Bin Salman to Stage Coup against Father If Overthrown 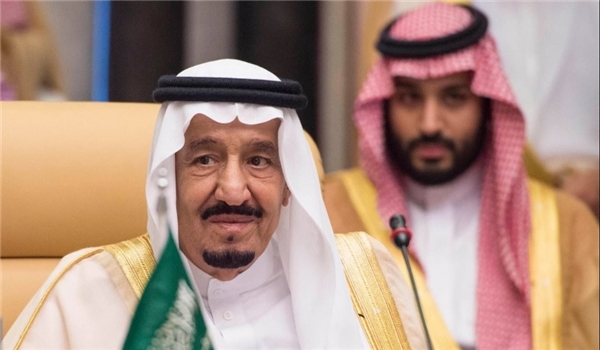 RNA - Farhan told the Arabic-language al-Mayadeen news channel on Tuesday that if the Saudi King will be asked to choose a replacement for bin Salman, he will elect his son, Khalid.

"But the MbS will then stage a coup against him," he added.

He referred to the accusations raised by the Europeans and Americans against bin Salman on Khashoggi's case, asking how these countries can interact with a person who is accused of murdering and dismembering a journalist if the accusations are proved.

Farhan also pointed to attempts to assassinate him, and said one week before Khashoggi's killing, the Saudis tried to make him visit Egypt to collect some money, but he did not accept.

After two weeks of denying involvement in his disappearance, Saudi Arabia said early on Saturday that Khashoggi, a critic of bin Salman, had died in a fight inside the building.

Within hours a senior Saudi official told Reuters that a team of 15 Saudi nationals sent to confront Khashoggi had threatened him with being drugged and kidnapped and then killed him in a chokehold when he resisted.

Then on Sunday Foreign Minister Adel al-Jubeir said that while he did not know exactly how Khashoggi had died, his killing was a “rogue operation” in which Saudi individuals had exceeded their authority.

According to Fars News Agancy, an adviser to Turkish President Recep Tayyip Erdogan on Monday dismissed a Saudi assertion that Khashoggi died in a fight in the kingdom’s Istanbul’s consulate, one of several accounts of the journalist’s disappearance to have emerged from Riyadh.

“One cannot help but wonder how there could have been a ‘fistfight’ between 15 young expert fighters ... and a 60-year-old Khashoggi, alone and defenseless,” Yasin Aktay wrote in a column in Turkish newspaper Yeni Safak.

“It explains no aspect of the incident according to all the information reached - on the contrary, it leads to even more questions,” Aktay, who is also a close friend of Khashoggi, noted.

“The more one thinks about it, the more it feels like our intelligence is being mocked,” he wrote.

Tags: Bin Salman Coup Saudi
Short Link rasanews.ir/201qm6
Share
0
Please type in your comments in English.
The comments that contain insults or libel to individuals, ethnicities, or contradictions with the laws of the country and religious teachings will not be disclosed