Rasa - The UN Human Rights Committee urges France to review its ban on the niqab, the full-body Islamic veil, saying the legislation is a violation of human rights. 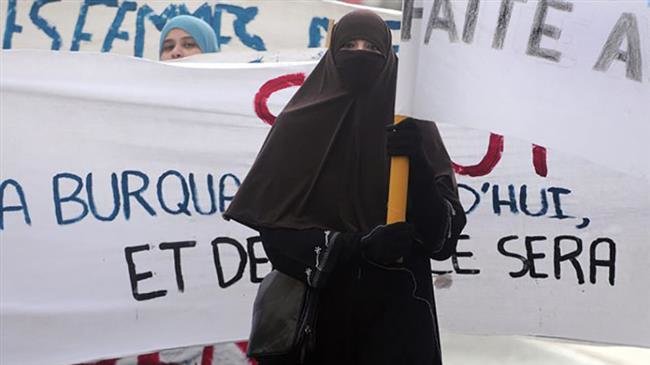 RNA - The UN committee of 18 independent human rights experts on Tuesday said France had failed to make the case for its ban and gave Paris a 180 day deadline to provide information on the steps it has taken.

Although the panel’s findings are not legally binding, they could influence French courts.

The committee ruled in the favor of two French Muslim women who had complained after being prosecuted, convicted and fined in 2012 for wearing the niqab, based on a 2010 French law which stipulates that “no one may, in a public space, wear any article of clothing intended to conceal the face.”

"In two landmark decisions, the United Nations Human Rights Committee found that France violated the human rights of two women by fining them for wearing the niqab," the statement read.

#France: Fining two women for wearing the #niqab in public violated their freedom of religion — #HRCtteeexperts not persuaded by France’s claim that ban was necessary & proportionate for security reasons or for attaining the goal of “living together”.

Tags: Veil UN France
Short Link rasanews.ir/201qm3
Share
0
Please type in your comments in English.
The comments that contain insults or libel to individuals, ethnicities, or contradictions with the laws of the country and religious teachings will not be disclosed