Gaza: At least 20 injured at protest against Israeli naval blockade

Rasa - At least 20 Palestinians were reported injured by Israeli forces on the seashore in the northern Gaza Strip on Monday, where they were taking part in a march and naval flotilla against the 12-year-long maritime blockade of the strip. 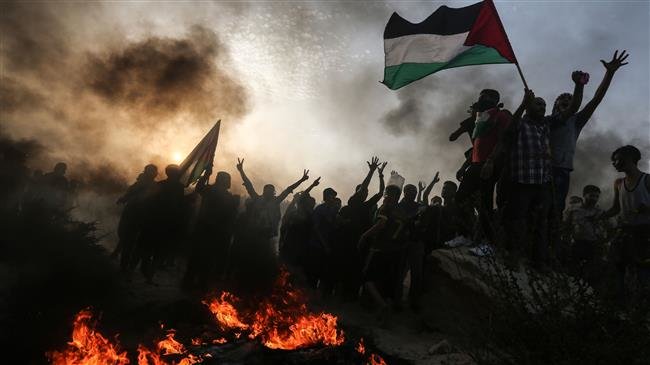 RNA - Palestinian activists reportedly used around 45 fishing boats to advance towards the Israeli sea border in an act of defiance against Israel's long-standing blockade on Gaza. The casualty figures were announced by medics in Gaza, according to reports.

Following reported gunfire, demonstrators were forced to stop their advance and return to shore, and to retreat from the border. The march was reportedly organized by Gaza's National Committee for Breaking the Siege.

Tags: Palestinian Israel
Short Link rasanews.ir/201qlw
Share
0
Please type in your comments in English.
The comments that contain insults or libel to individuals, ethnicities, or contradictions with the laws of the country and religious teachings will not be disclosed