Rasa - The British government has called on Saudi Arabia to go beyond pure hypotheses while investigating the mysterious death of a dissident journalist. 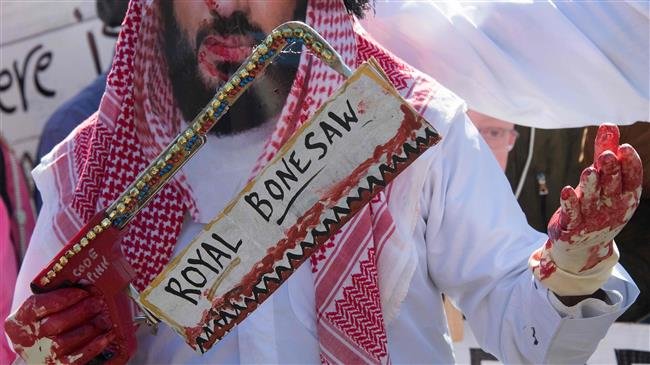 RNA - A spokesman of British Prime Minister Theresa May said Monday that Saudi Arabia must provide the world with “urgent clarification” on how Jamal Khashoggi was killed in the kingdom’s consulate in the Turkish city of Istanbul earlier this month.

“There remains an urgent need for clarification of what happened beyond the hypotheses raised so far in the Saudi investigation,” the spokesman told reports on Monday.

May’s government has been accused of doing “too little” in dealing with Saudi Arabia since the kingdom admitted last week that Khashoggi had been killed on October 2 in its Turkish diplomatic mission, where he was seeking documents for a forthcoming marriage.

According to Press TV, the death of Khashoggi, an exiled journalist who had been living in the United States since last year, has sparked huge international outrage. However, London, a major ally of Riyadh, has acted reservedly while condemning the murder. It has also refused to consider an arms sale ban on Saudi Arabia, saying it would benefit rivals in the international weapons market.

Five major opposition parties wrote a letter to UK foreign minister Jeremy Hunt on Sunday, calling on him to act seriously in dealing with Saudi Arabia and its crimes.

The Labour had said earlier this month that Britain needed to show a stronger response to the disappearance of Khashoggi. The party said it would ban the sale of weapons to the Saudis if it was in power.

Britain is a major arms supplier to Saudi Arabia. Rights campaigners have repeatedly called on the government to stop providing the regime in Riyadh with weapons that it uses in a one-sided war on the civilian population in Yemen.

Tags: Jamal Khashoggi Saudi
Short Link rasanews.ir/201qlv
Share
0
Please type in your comments in English.
The comments that contain insults or libel to individuals, ethnicities, or contradictions with the laws of the country and religious teachings will not be disclosed