Rasa - A senior Iranian official says the World Intellectual Property Organization (WIPO), which is a United Nations agency, has officially registered the "Persian Gulf Pearl" as a property of the Islamic Republic, implying that the geographical name 'the Persian Gulf' itself has been recognized by the agency. 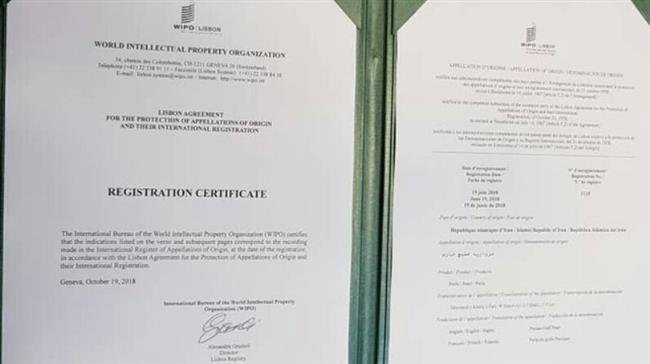 RNA - Seyyed Mehdi Mir-Salehi, a director at Iran's Ministry of Industry, Mine, and Trade, said during a press briefing on Monday that the pearl had been registered by the WIPO under the Lisbon Agreement for the Protection of Appellations of Origin and their International Registration, to which Iran has been a signatory since 2006.

The official noted that the Registration Certificate for the Persian Gulf Pearl indicated the recognition of the name of the body of water as such.

"Hereafter, and based on international law, no country, government, or organization can use another name to refer to the Persian Gulf," he said, according to IRNA.

The littoral Arab countries of the Persian Gulf have long sought to hijack the body of water by unilaterally calling it "the Arabian Gulf."

During a speech in October 2017, United States President Donald Trump — known for his long-running affiliation with Arab countries in the Persian Gulf — used the fictitious name "the Arabian Gulf" to refer to the Persian Gulf.

Certain other countries simply use the phrase "the Gulf" to refer to the waterway.

This is while the Persian Gulf has historically been named that way, and there are countless historical documents referring to the body of water as such.

Iran has designated April 30 as National Persian Gulf Day to highlight the fact that the waterway has been referred to by historians and ancient texts as Persian since the Achaemenid Empire was established in what is now modern-day Iran.

Tags: Iran UN Persian Gulf
Short Link rasanews.ir/201qlh
Share
0
Please type in your comments in English.
The comments that contain insults or libel to individuals, ethnicities, or contradictions with the laws of the country and religious teachings will not be disclosed